Jay Leno and Chevrolet Volt get along 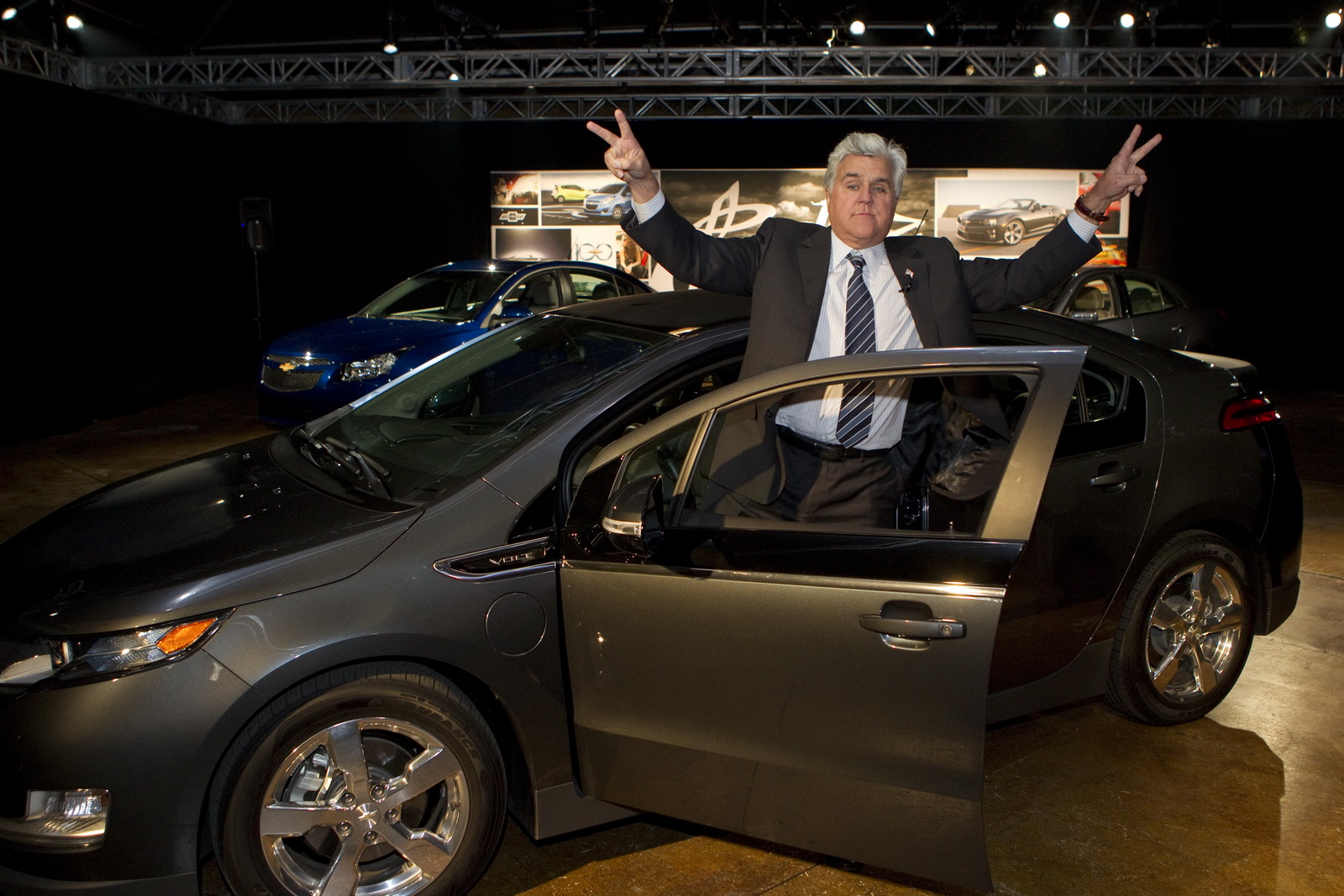 The Chevrolet Volt was unveiled, priced, introduced, sold and gotten rather boring over time so why is it still in the news? Because electric powered travelling still is in its infancy.

And as part of taking its first steps, celebrity endorsement and praise from early adopters have a big impact. Now that’s the sort of thing we’re focused on now.

To begin with, as one of the first people in the world to own a Chevrolet Volt, massive car nut and collector Jay Leno claims he’s getting along brilliantly with his EV.

The big star is almost a year into owning his Chevrolet Volt now and he’s managed to cover over 11.000 miles. That’s not exactly impressive for a rep, but it’s still a considerable amount.

More importantly, Jay has managed to cover all of this distance on his daily commute and he’s managed to do so without using a single drop of fuel.

Thanks to a short commute, he’s been able to charge everyday and run exclussively on the batteries. Plenty of other Volt owners have joined in to share the experience.

Some charge at home only, others charge their Chevrolet Volt EVs at work as well as malls when on lengthy shopping trips.

Now Leno isn’t exactly shy about his feelings towards American made cars so it’s no surprise to see him love something as good as the Volt, nor is it to see him slack of the Leaf a little in the process.

We’ll just have to let it slide this time, because although he never used his Volt in gasoline mode in order to go on a long distance drive, it could easily do so whereas a Leaf would struggle.