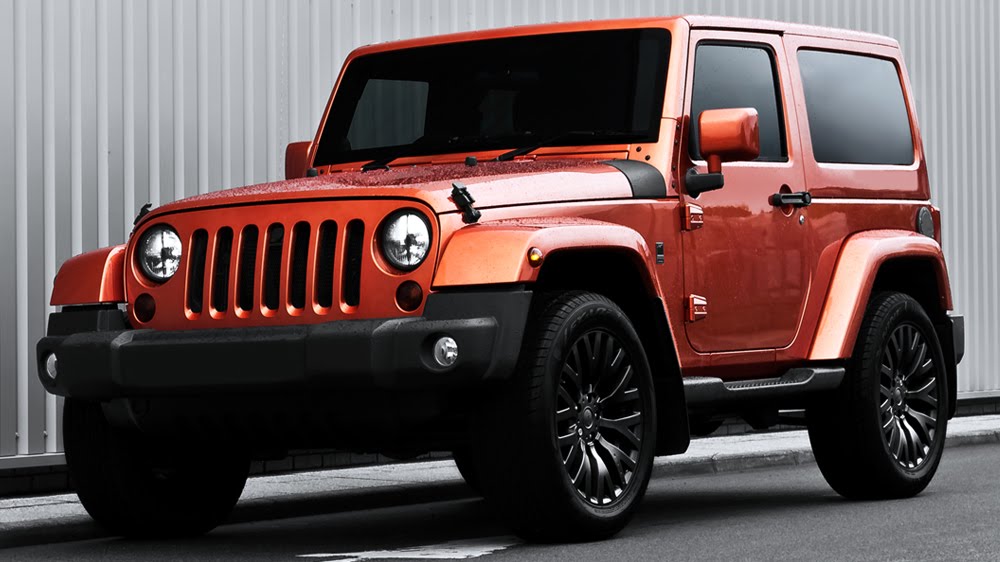 British tuner Project Kahn has shifted its attention from a the usual Land Rover offroaders to a “radical” idea of tweaking a Jeep Wrangler.

The new tune is called the Project Kahn Military Edition. It actually looks mildly impressive but you wouldn’t really think it’ll be going to be drafted soon.

After all, you don’t see many tanks wearing a Copper Orange paint job and riding on 20 inch smoked black alloy wheels.

Come to think of it, forget the tanks, there’s plenty of off-road vehicles that have nothing to do with looking as garish as this model.

The new color coded look is impressive on the city streets but it certainly has nothing to do with the way an Army vehicle looks or goes.

Also, I can’t remember when the last time a press release ever mentioned the fitting of a sports exhaust system with twin tailpipes ever coming from the Military.

Project Kahn promises to be able to customize the interior in any way you may want. At this point quilted leather, special stitching with aluminum door sills and pedals is what he owner wanted.

The total cost of this particular unit adds up to around 65.100 USD. For that kind of money you can get a Range Rover Evoque.

It won’t be as rare as the “Military” Jeep Wrangler but it will certainly be better in just about every way.