Kia Soul’ster in final stages of a production decision 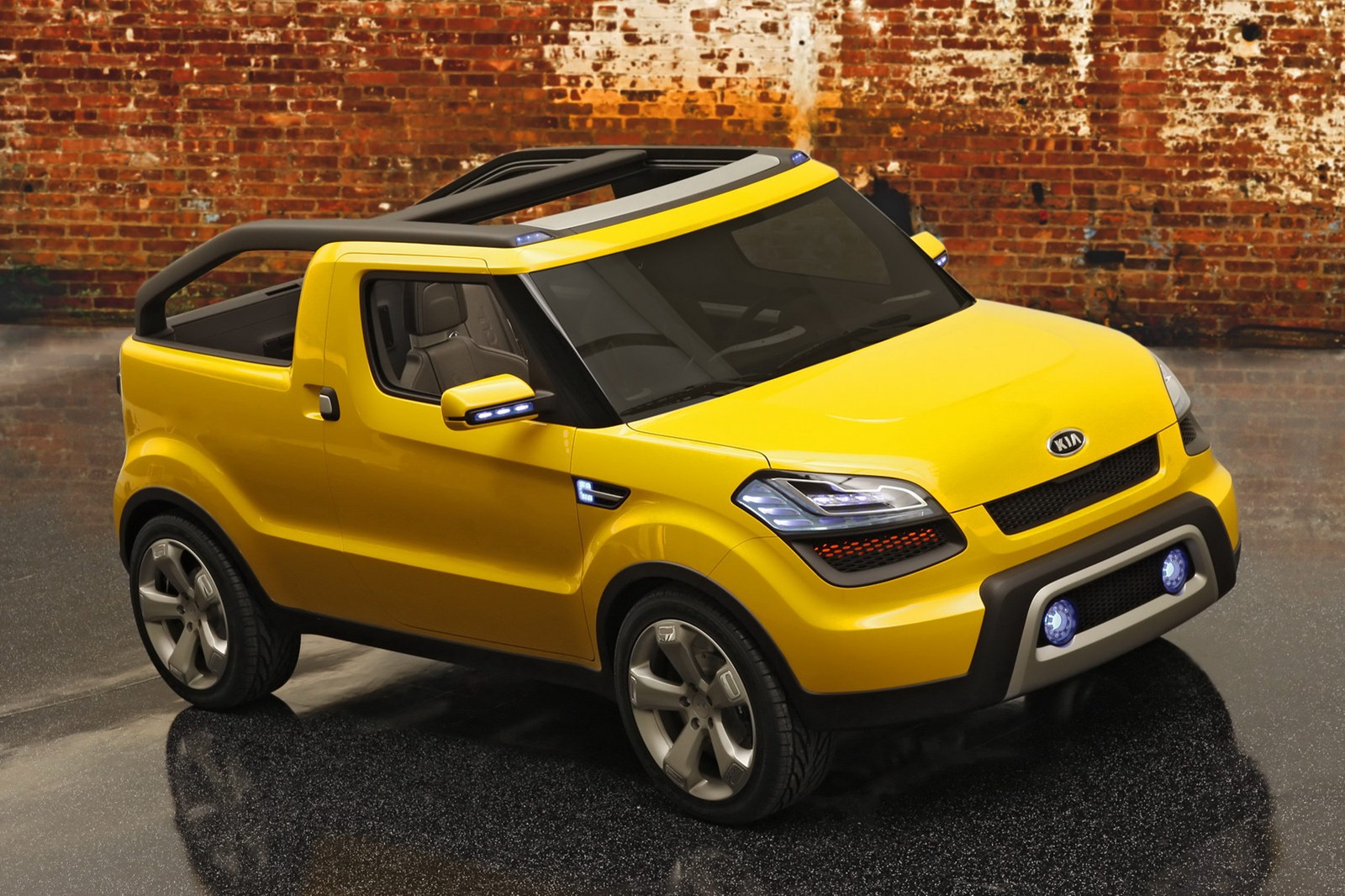 The Koreans are seriously going for this “funky” wave and they also seem to have a soft spot for the apostrophe usage in their cars’ names.

After the Cee’d, the Soul’ster recently turned up as a very interesting looking small pickup truck that doesn’t take itself to seriously. So far, it’s only a concept.

That however may change in a short while as Kia is currently in the late stages of decision on whether or not to send it into production or keep it as something to have in its trophy case.

The concept was originally unveiled back in 2009 and its crossover relative, the Soul has shifted to production nicely since.

With the upcoming 2012 Chicago Motor Show, the Koreans have announced just where they are on the consideration stage and that they might come up with an answer by the time the event opens its gates.

Even if they decide on what the Kia Soul’ster is going to be sent into production, we have no idea when it would happen.

Also, nobody would know how many they plan to make a year, at which location and what markets they’ll be aiming at with it.

Going for the easy shot, since we’re looking at a pickup, it’s most likely the U.S. market and since it’s also a bit of a convertible we can pretty much localize that effort to the hot southern parts of the country.

A boulevard cruiser with 19 inch wheels, a small pickup bed for the ladies to stand up in and flash passers by on the six lane highways of happiness?