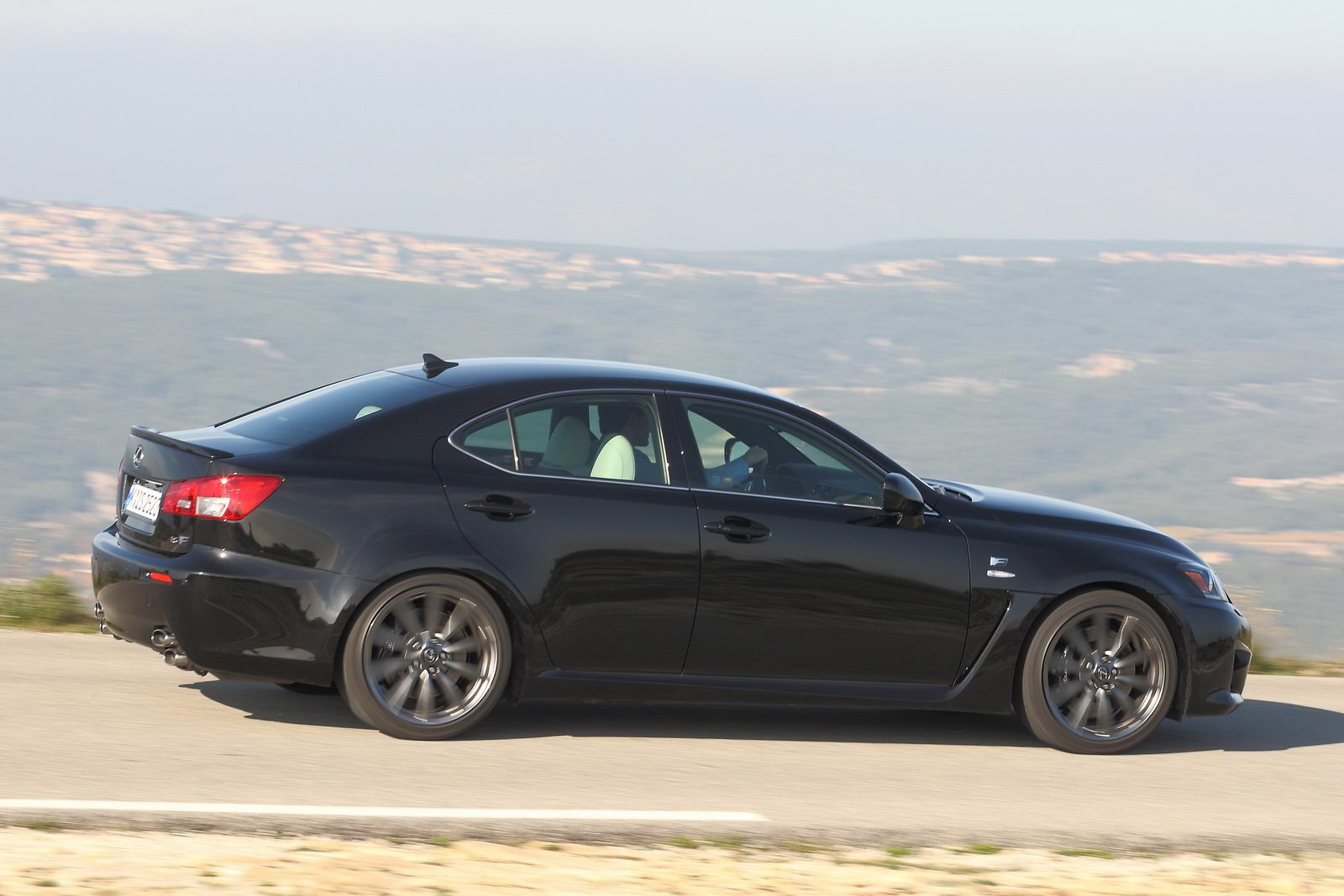 A car with a great ambition that never really stacked up to the job, the Lexus IS-F gets a facelift to ready itself for 2012 and another fight with BMW’s M3.

There’s not a lot of work done to it, most of the stuff being detail equivalents of performance and appearance mods so it can seem like the 2012 Lexus IS-F is a little underwhelming.

We should remember that this is a facelift and not a completely new model of the 2012 Lexus IS-F so low expectations are almost a given and yet the small performance sedan is holding its head as high as it originally aimed to.

The heart of the 2012 Lexus IS-F remains pretty much the same since earlier this spring when the company polished and finished the V8 in order to meet emissions legislation in the European Union.

That’s the sort of grunt you need in a normal business sedan to get from 0 to 62 in just 4.7 seconds and keep on going to an electronically limited top speed of 168 mph. And even to do that you need an eight speed gearbox so that fuel economy isn’t completely absurd.

As far as the actual changes we know for the 2012 Lexus IS-F, there’s a considerable improvement in comfort promised as well as a better driving experience thanks to a few redesigned suspension bits.

At this point there’s a set of new shock absorbers, the stabilizer bars grew larger and the geometry was revised. Interestingly enough, no changes were made to the wheel and tire setup.

Standard isn’t brilliant for comfort or even performance in some cases and the optional 19 inch BBS wheels don’t seem to be helping that either.

On the looks front I couldn’t say for sure what they changed but the entire 2012 Lexus IS-F does seem to look that little bit more sedate and less of a bloated whale.

Also, sadly, the annoying Daytime Running Lights do seem to have made their way into more and more European spec models and I find it very annoying still.

The ride and handling changes remain to be tested but I do approve of the looks and performance of the 2012 Lexus IS-F and there’s one more thing I’m fond of, the price.