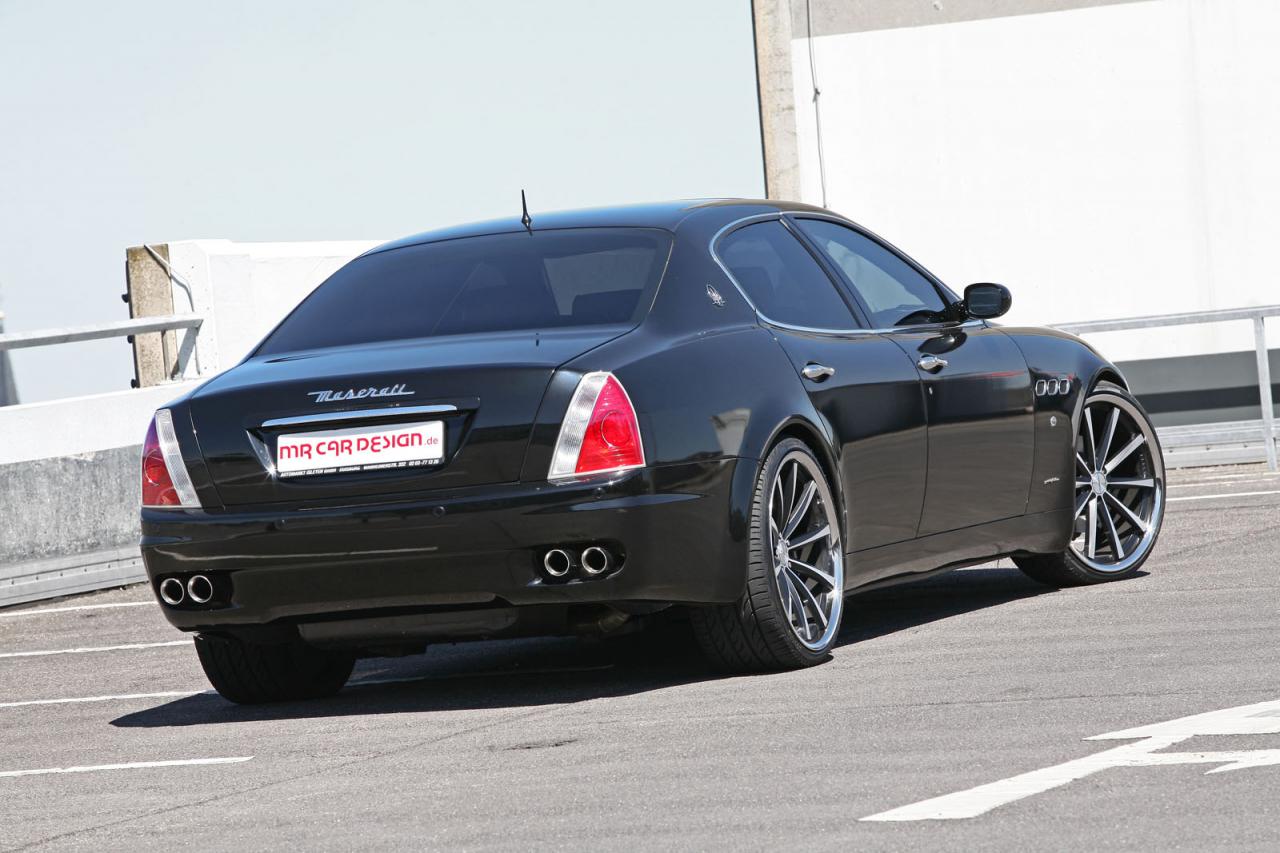 To my mind, tuning a Maserati Quattroporte is the first major step towards the recipe that may lead to a massive disaster.

Happily for the people at MR Car Design, they broke away with current tendencies in tuning and came up more grown up than offering a long list of modifications.

In fact, I’d even go so far as to say that MR Car Design just barely left a personal trademark on the glorious machine that is the Maserati Quattroporte.

Everything they did can be summed up in minor tweaks or minor upgrades regardless if your focus rests on appearance or performance.

Starting at the heart of the Italian sports sedan we find that MR Car Design remapped the ECU of the 4.2 liter V8 engine to a point where it gains 30 extra horsepower thus bringing the total figure to 430 horsepower.

The adjoining torque level rise now gets you to 354 lb-ft of torque means that you can torture the tires that little bit more than any other Maserati Quattroporte owner.

These tortured tires are in now way the standard stuff but high performance stuff that is fitted to a new set of stunning 22 inch multi-spoke alloy wheels that MR Car Design chose in order to improve stability as well as appearance.

Stability wise, the wheels and tires are only part of the equation, the rest stands on the shoulders of a new H&R suspension layout.

Since the Maserati Quattroporte never really excelled in having a comfortable ride, even though the suspension kit is quite the modification, my guess is that MR Car Design didn’t ruin it on this front either.

Despite being claimed as slightly responsible for performance boosts, I’d gladly classify the new exhaust system as a visual and audio pleaser first and a better breathing system for the engine second.

This is how the MR Car Design Maserati Quattroporte received a dynamic pressure-optimized exhaust system. It is made out of stainless steel, features the must have four tailpipes.

The true aesthetic importance is validated by the oversized tip diameter which stands at 76 millimeters for each of them. This is where MR Car Design may have fallen into the tuning zone.

Otherwise, the Maserati Quattroporte is still free to put a smile on the face of every owner, it is just a supercar with two extra doors and seats. This is why whenever tuners come along to have a stab at it, using tinted windows is often enough.