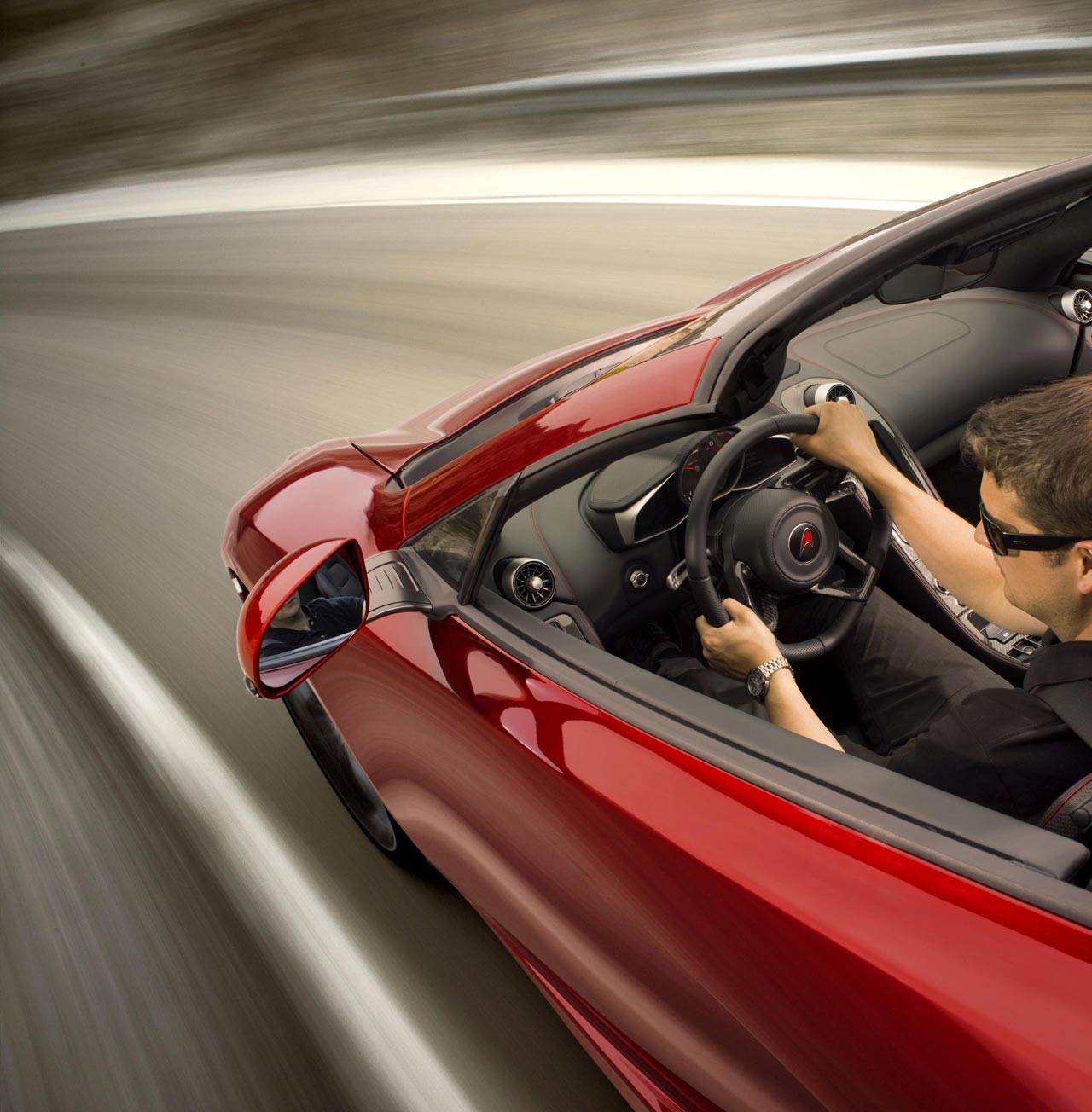 McLaren’s progress with the MP4-12C’s convertible version is just as it should be with a company that’s obsessed with precision and engineering.

Everything is going according to plan and in order to demonstrate their achievements the British company released a video to preview the car.

It features a certain guy called Jenson Button. Apparently the guy in the video has something to do with McLaren and he might now stuff about driving.

The release date for the new McLaren MP4-12C Spider is set for July 3rd. That’s a bit surprising.

Most British analysts and patriots were estimating on a release at the currently ongoing Goodwood Festival of Speed. The Woking based manufacturer has a different view on things.

Not only do they plan to highlight the updated GT3 racing version of the coupe at the infamous event but they’ve been fortunate with the weather.

Actually that may not be the right way to put it. The current downpour going on at Goodwood may have note been the best place to unveil a convertible at.

If you’re actually interested in the details of the McLaren MP4-12C Spider I’m afraid you’re going to have to wait out the remaining week until release.

Apart from saying it’s got a roof that you can peel away, McLaren claims the open top model is the same as the hardtop.

We all know that this is what manufacturers have been saying for years but they can’t seem to make it happen. Could McLaren have actually cracked the code or is there something more to know?