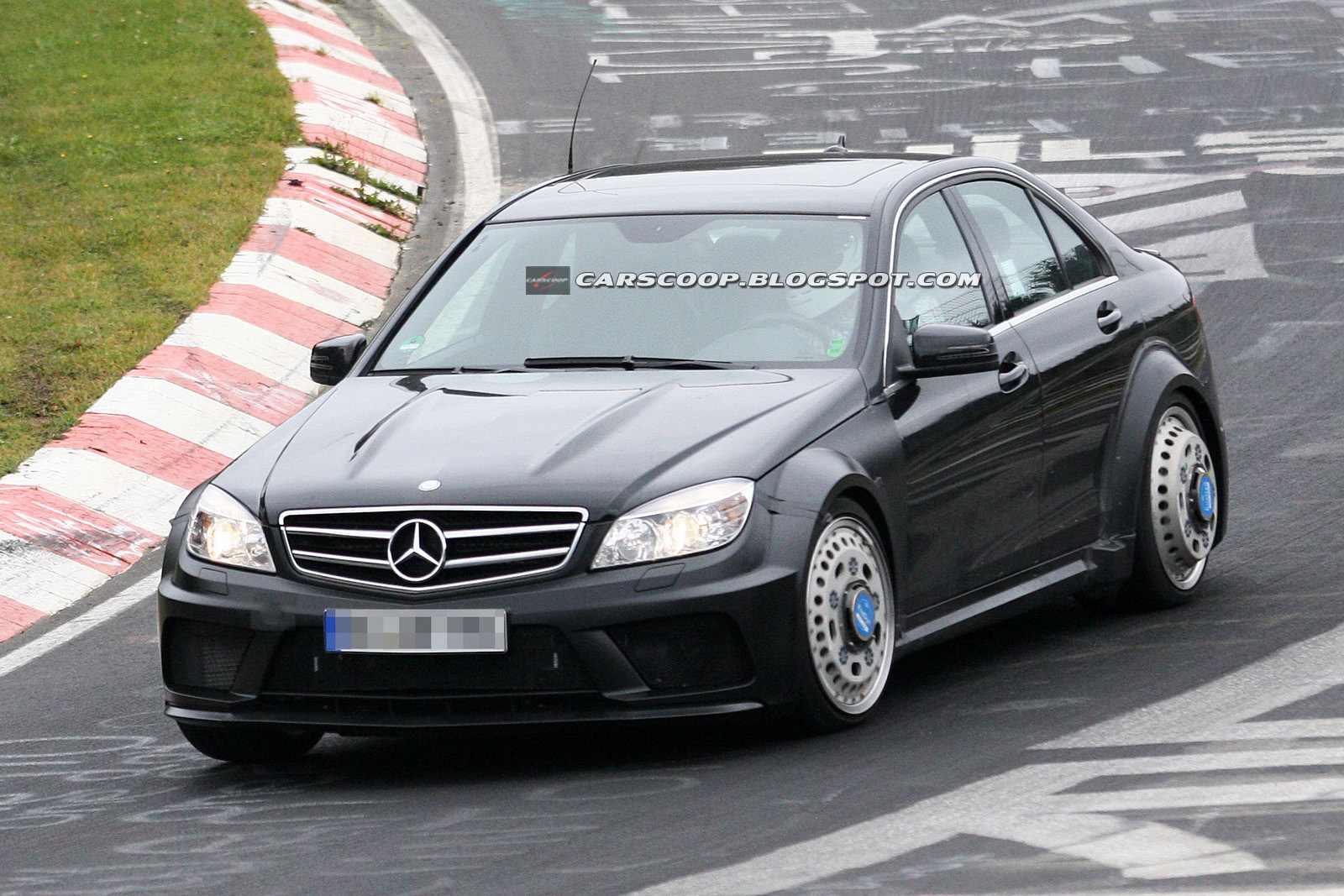 Wait a minute, the Mercedes C63 AMG Black Series was unveiled a while back so it the title can’t be right, especially as it’s too early for a replacement model to come along.

That’s true and yet what we see in the spyshots below is indeed a Mercedes C 63 AMG Black Series, but this one comes with quite a serious difference.

Unlike the recently launched one, and, actually, all of the previous Mercedes models that have had a Black Series badge on them this one has four doors.

So what does the first ever Black Series AMG four door sedan has to offer?

Well, not that much really. Not in terms of performance anyway. The real gain of this version of the Mercedes C63 AMG Black Series is a modicum of practicality, making it feel closer to what the regular C Class has to offer.

Underneath all the grown up stuff, the guys at AMG and particularly their Black Series division are still kids for they’ve chosen to power it with the same big V8 you have in the two door coupe.

This means the Mercedes C63 AMG Black Series is powered by a 6.2 liter V8 engine that pushes out 517 horsepower and 457 lb-ft of torque.

No official word on a release but it’s expected to turn up as early as spring next year.