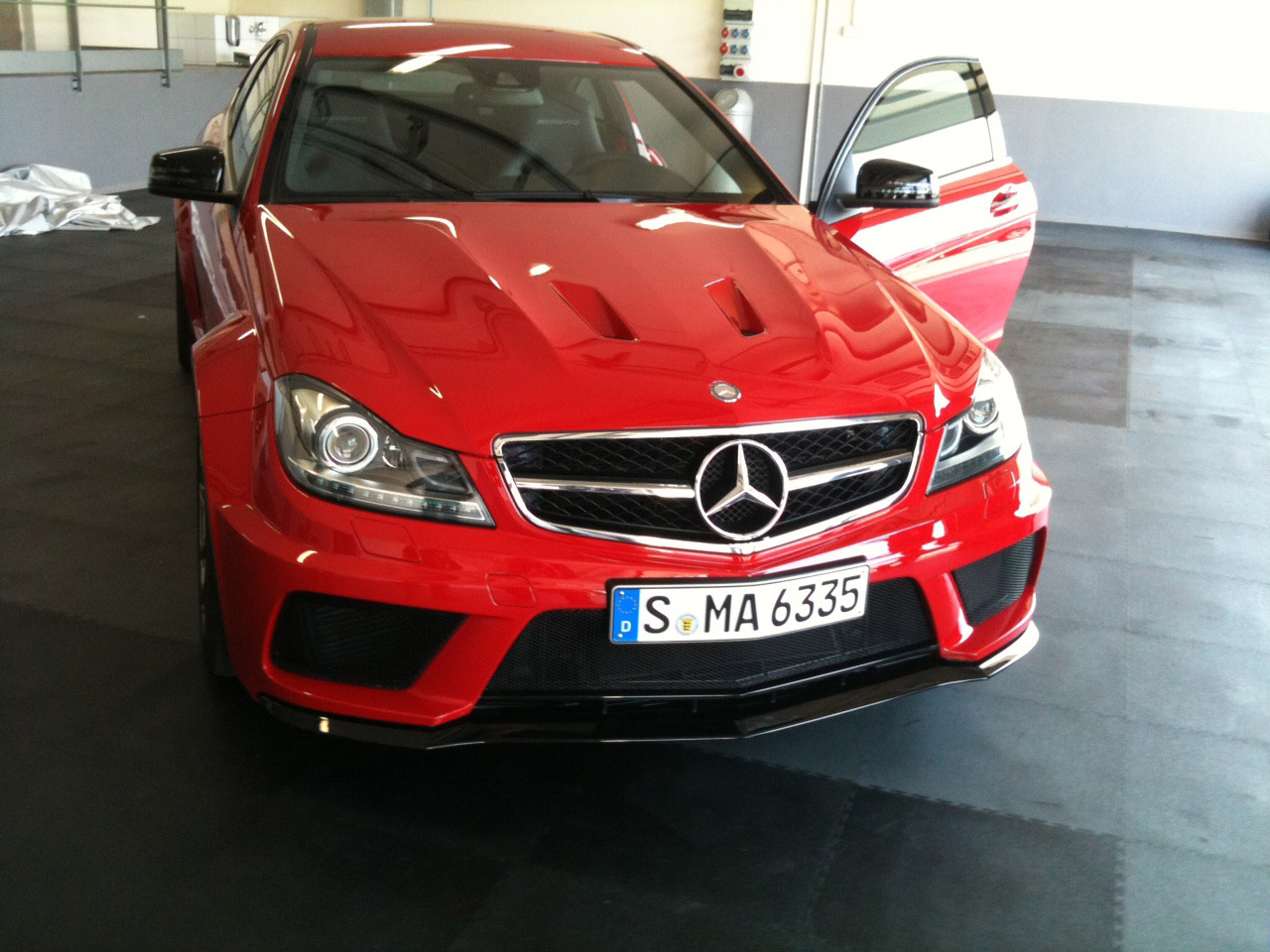 True performance or driving enthusiasts rarely look to the Germans at Mercedes when searching for a new car and the same applies for the AMG division’s products.

Some exceptions do come along every once in a while. For starters, there was the SLR they did with McLaren and more recently the Black Series has been coming pretty close to the point.

That happened with their previous version of the Mercedes C63 AMG Black Series so a follow-up model would inevitably be important to the world.

It is this model’s followup version that has just leaked some photos and specs to the online press.

In 2012 guise, the Mercedes-Benz C63 AMG Black Series is based on the W204 generation’s recently launched coupe version, as to be expected, only with a few significant modifications.

Despite using the same body and basic engine, the 2012 Mercedes C63 AMG will be considerably different from what the new Black Series is offering.

For starters, the 6.2 liter naturally aspirated V8 engine will kick out 517 horsepower and 472 lb-ft of torque, a quite impressive bump of 30 ponies on top of what the hottest C Class AMG Coupe put out when using the AMG Development Package.

The Black Series version isn’t only about the power though. Mercedes claim that it’s pretty much the best thing you can get in terms of driving pleasure and excitement.

Contributing to these big claims is the pretty long list of modifications Mercedes, AMG and the Black Series crew did in order for the 2012 C Class’ to handle the newly found power.

It all started with strengthening of the drive shaft, clutch, transmission and generally everything that has to handle what comes out of the powerplant.

Next, 2012 Mercedes C63 AMG Black Series engineers turned their attention to the braking system, the wheel and tire setup.

After all, there’s no point in the 2012 Mercedes C63 AMG Black Series developing and sending out all that power without it having a way of handling it.

Speaking of which, the handling is said to be greatly improved by a new suspension setup and a broader track. Weirdly though, Mercedes claim that their new 2012 C63 AMG Black Series will actually be less of a hardcore machine than the previous generation.

Apparently, this time, the Mercedes C63 AMG Black Series will go so far as to have four seats and a comfortable enough ride for proper street going usage.