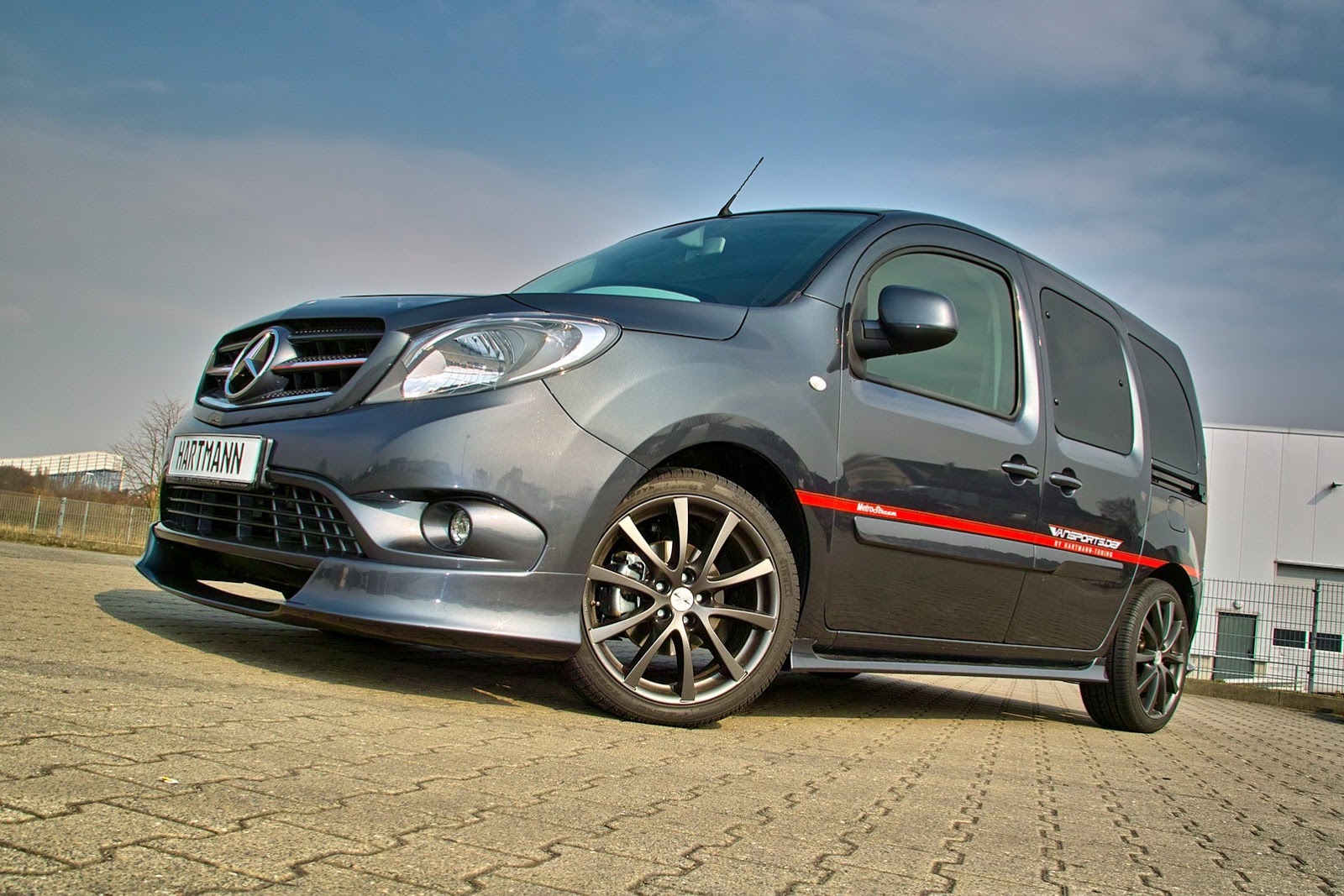 The first one is called MetroProtect and adds new alloy wheels, red side stripes, side skirts in chrome finish, new bull bar and few other minor improvements.

Next up is the MetroStream package which stands out thanks to new front and rear aprons, a chrome front grille, side skirts, new alloy wheels and a revised suspension which brings the model 25mm closer to the ground.

At the interior, aside from some minor styling tweaks and inserts, you won’t find any noteworthy features. According to Hartmann, the company looks forward to develop performance upgrades for the Mercedes Citan.

These will include power hikes and improved throttle response thanks to revised ECU and electronic accelerator pedal package. Pricing and availability details were not released yet by the German tuning company.