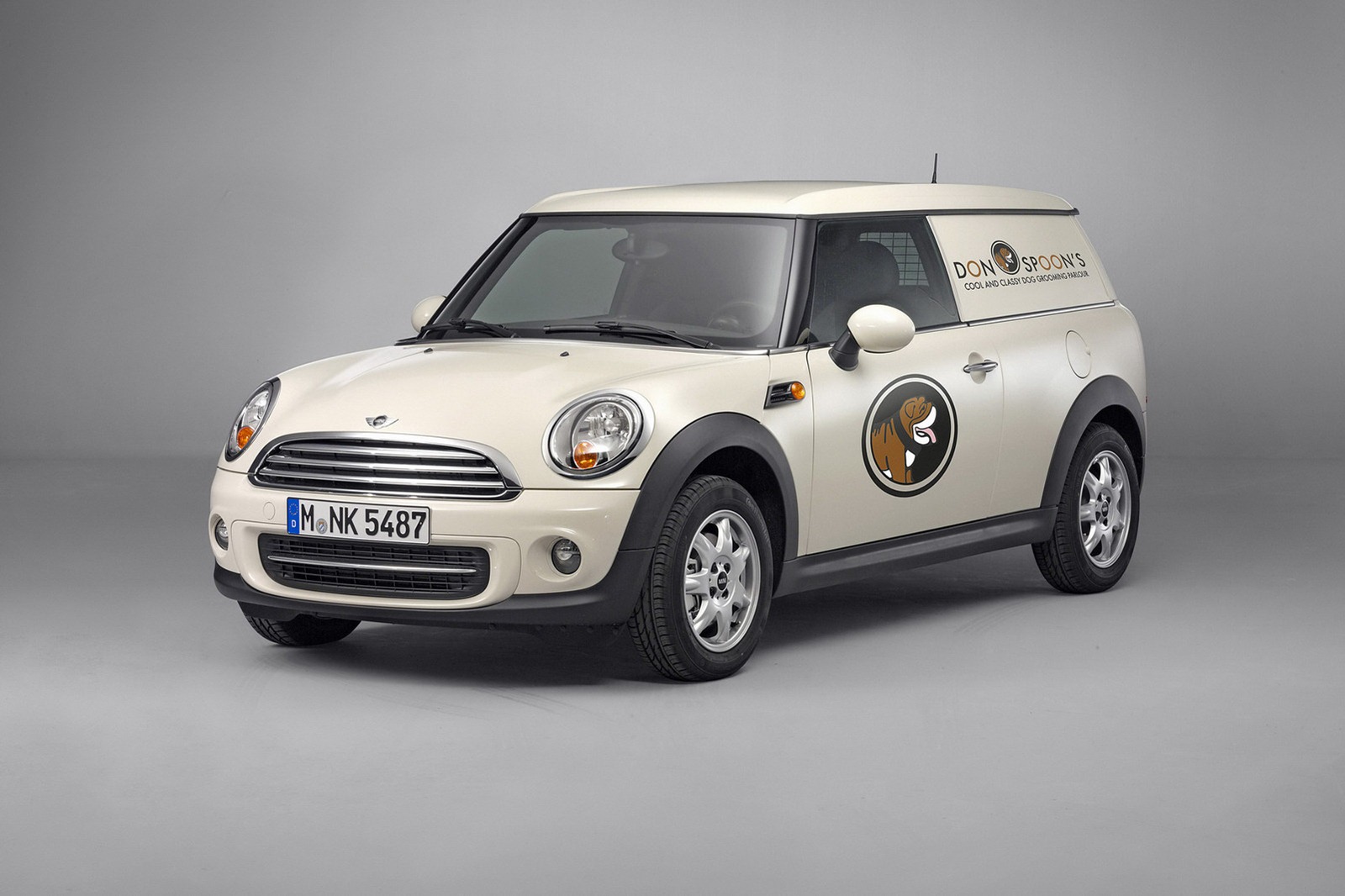 On goes the attempt to find new products to create new and exciting products by the British at Mini. The latest such effort is the Mini Clubvan.

Probably one of the least practical commercial vehicles ever made, the Mini Clubvan is now available in the United Kingdom.

It certainly won’t be used by large supermarkets and such but food delivery places may find it useful and there’s plenty of other brands that will appreciate a cool looking runabout.

Just in case some of them are genuinely interested in how many pizzas, or maybe Red Bull cases can be fitted inside, Mini have actually released some precise figures.

The cargo bay on the Mini Cluban is 45.3 inches long and at least 40.2 inches wide. The volume is rated at 860 liters and it can allegedly carry a load of about 500 kilograms.

The figures aren’t really the sort that would convince anybody interested in buying a commercial vehicle make a purchase from Mini but it’s actually decent stuff for small loads or deliveries.

There’s another practical aspect to consider here, the Mini Clubvan is available with a range of petrol and a diesel but you are recommended the manual gearbox.

I’d love to say this is because the British want the working man to suffer with a clutch or something but it’s actually because the automatic option isn’t that efficient.

Still, the exciting part of the Mini Clubvan is the fact that it will soon be launched and that will take place at the Goodwood Festival of Speed.