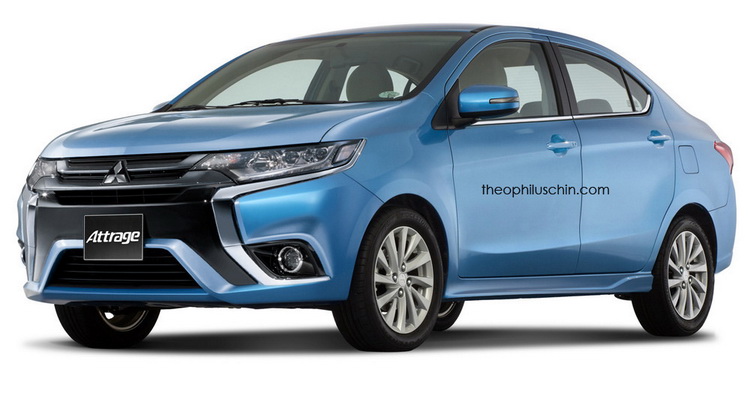 If you’re a fan of Dacia Logan, then you might as well like this new model of Mitsubishi Attrage that is also known as Mirage Sedan. Both Dacia and Mitsubishi have developed their car designs and right now, they don’t look as old-fashioned as they used to. However, we can’t say that this new design looks good either. It simply looks better than before.

When it comes to technical details, Mitsubishi also skips the part where it should have a better performance than before. And when you think that it should be a facelifted model, you realize exactly what I’m talking about.

This is slightly noticeable from the fact that it is ‘adorned’ with a 1.2-liter three-cylinder petrol engine, which means 80 PS and 106 Nm (78 lb-ft) of torque. I mean, really?

At least it has some visual improvements. For instance, the front end doesn’t look like it came from a previous era anymore. Also, the back is acceptable, and the profile could do better. However, the facelifted Mitsubishi is obviously affordable for most people, so we couldn’t expect to see much from this ‘improvement’ process even if we wanted so.

I personally think the front end makes it all look better. Otherwise, it would look like a failed imitation for some other cheap car. What do you think?