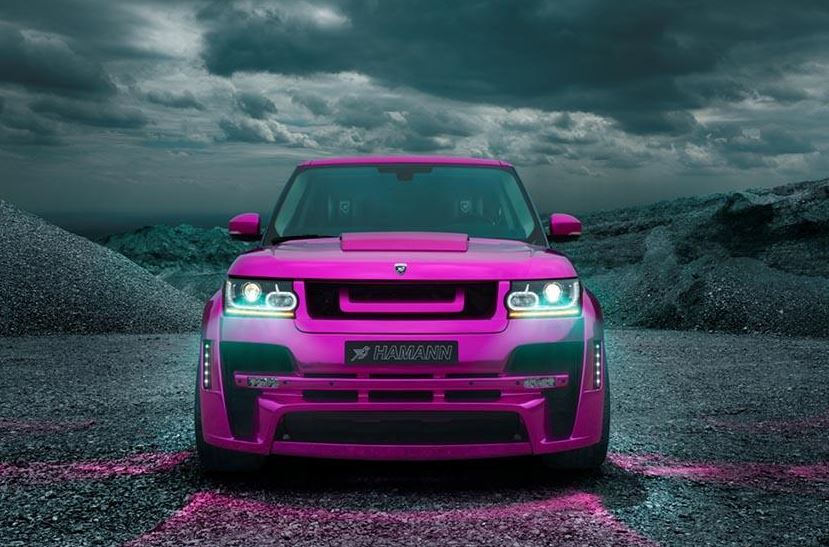 In March, the tuners from Hamann stunned the crowd gathered at the Geneva Auto Show by unveiling a special Range Rover: a pink one.

And while some few might still argue that it’s not pink, but some obscure nuance of purple, it is nonetheless a striking color.

We can all agree that such a creation would fit right in at the Rio carnival, and now we know some more details of the pink SUV. Carbon fiber went into some panels like the hood and the front wings. The front and rear spoiler are custom made, with the rear one presenting special cut-outs for the exhaust system.


While a normal Range Rover would use its ground clearance to the maximum, it’s safe to assume Hamann’s pink version won’t tackle rough terrain. As such, an electronic lowering module will bring the ride 40 mm closer to the ground. Thanks to reworked door fixtures, new side skirts and rear wheel wings the vehicle is now 80 mm wider than the original.

As for the interior, the pink Range Rover by Hamann will have a variety of options that you can choose, from alcantara to leather, carbon fiber or aluminium trims being made available.