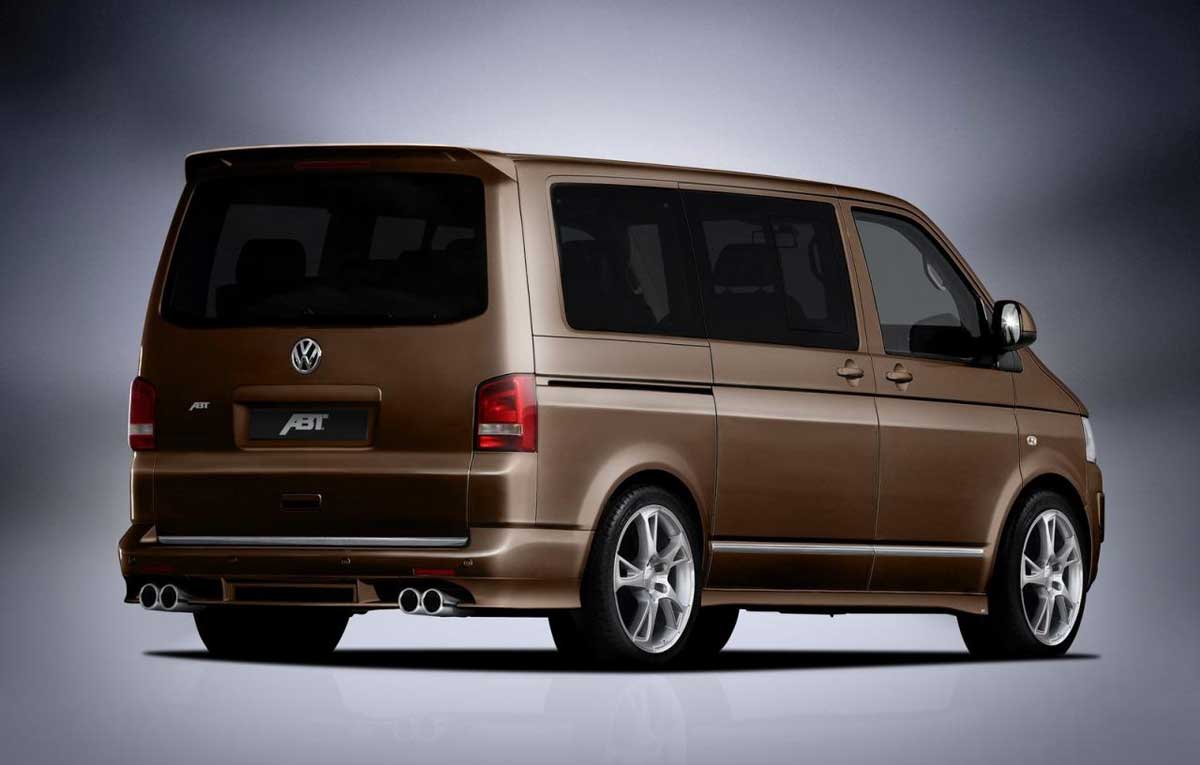 Tuners from ABT have created an aerodynamic package for VW Transporter T5, they called it Multivan. German tuning house ABT has prepared an aerodynamic package for Volkswagen Transporter T5. The kit is named Multivan and has been specially created to offer a sporty addition to German utility car. ABT tuners mounted a restyled front grille, a new spoiler for the front, side skirts and a redesigned rear spoiler.

Also, the aerodynamic package also provides customers a spoiler particular thought to provide a greater push force and an exhaust system with four exhaust pipes. For the exterior tuning to be complete, ABT tuners prepared 19-inch alloy wheels for Volkswagen Transporter T5.

The suspensions of the German utility car were also modified, tuners from ABT choosing to change the springs. Transporter T5 have a 2.0-liter TDI engine, which has not undergone any change from the German tuner. The price for th aerodynamic package hasn’t been announced by officials yet.

One thought on “Multivan package developed for Volkswagen Transporter T5”