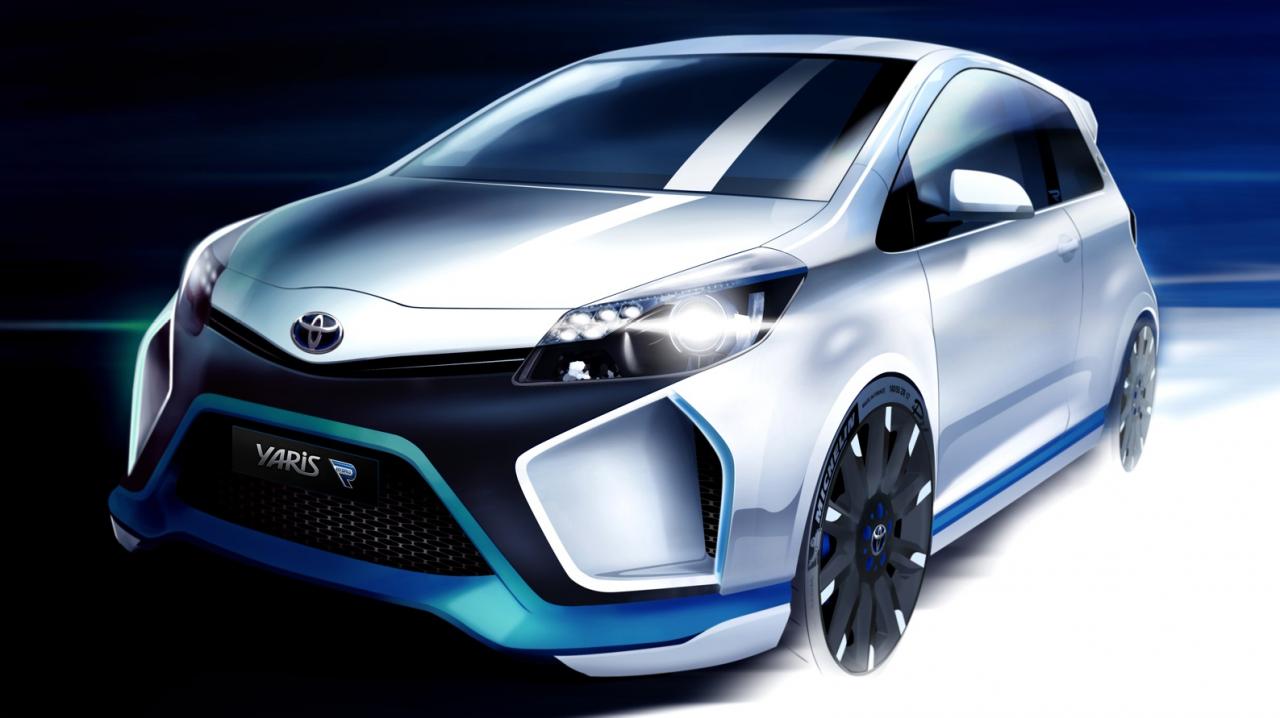 Toyota published today new information on the Yaris Hybrid-R, a concept model based on the TS030 racer. Power is provided by a 300-horsepower 1.6-liter petrol unit alongside two electric motors offering 60 horses each.

Therefore, we talk about a combined output of 420 horsepower which should make the 0-100 km/h sprint be done quite fast.

The Japanese folks at Toyota revealed the technologies behind the electric motors, saying that they can provide a power boost for around 10 seconds in order to improve the performance.

“The two electric motors work as electric generators during the braking phase, and supplement the petrol engine during the accelerating phases,” says the carmaker.

The Japanese concept is also fitted with a super capacitor which is capable to store energy while braking. If the company already earned your attention with the Toyota Yaris Hybrid-R concept, you have to know that it will be seen in world premiere at Frankfurt.