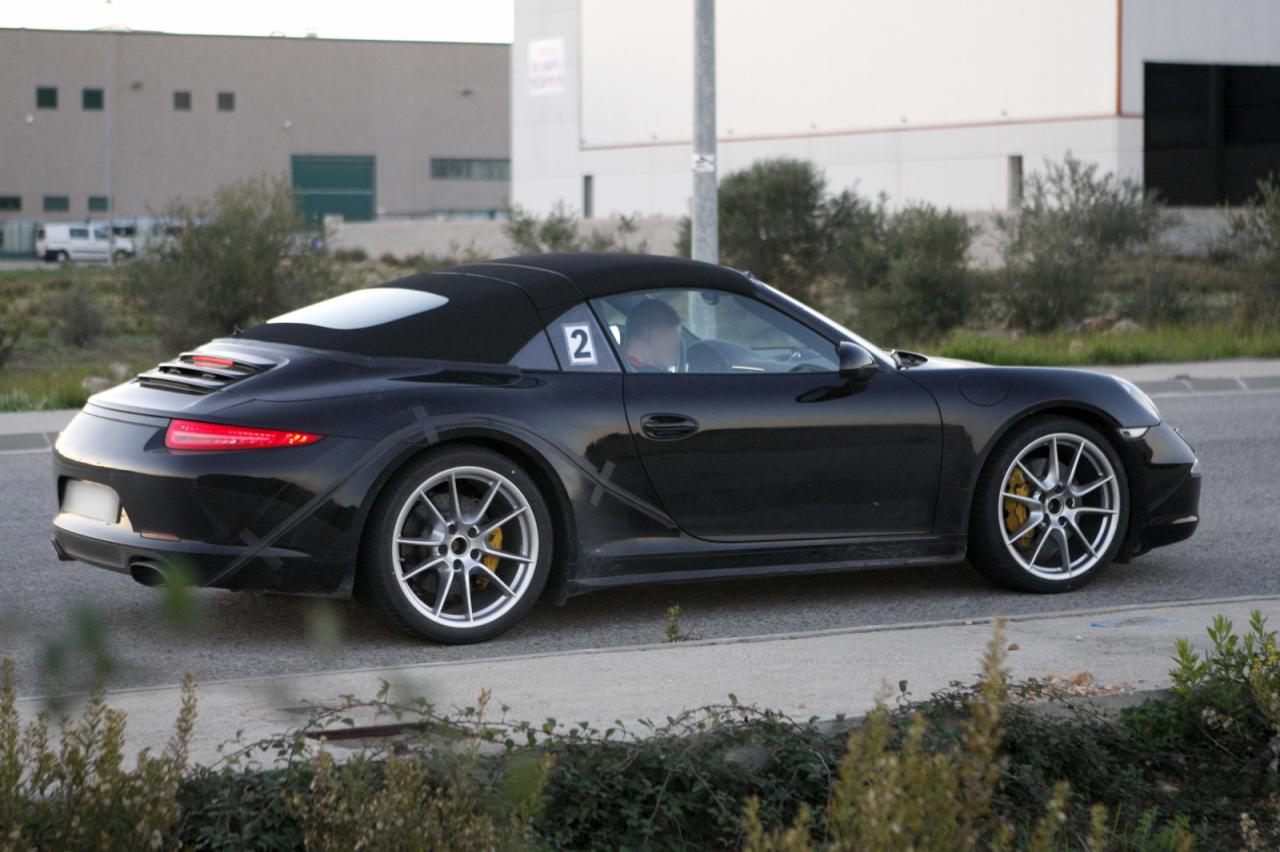 Here we have a new set of spy photos with the upcoming Porsche 911 Targa, a model which most likely will be sold as a 2013 model year after a possible debut at the Detroit motor Show next year.

Considering the thin layer of camouflage, the new 911 Targa is in an advanced stage of development which also announces an early debut in 2013.

Power will be transferred to the wheels via a seven-speed manual transmission while an optional automatic gearbox will be offered as well. Basically, the new Porsche 911 Targa should carry the same engine range of the standard model.

In this situation, we have to wait for the new year to get all the important details including the engine range, pricing and availability details.