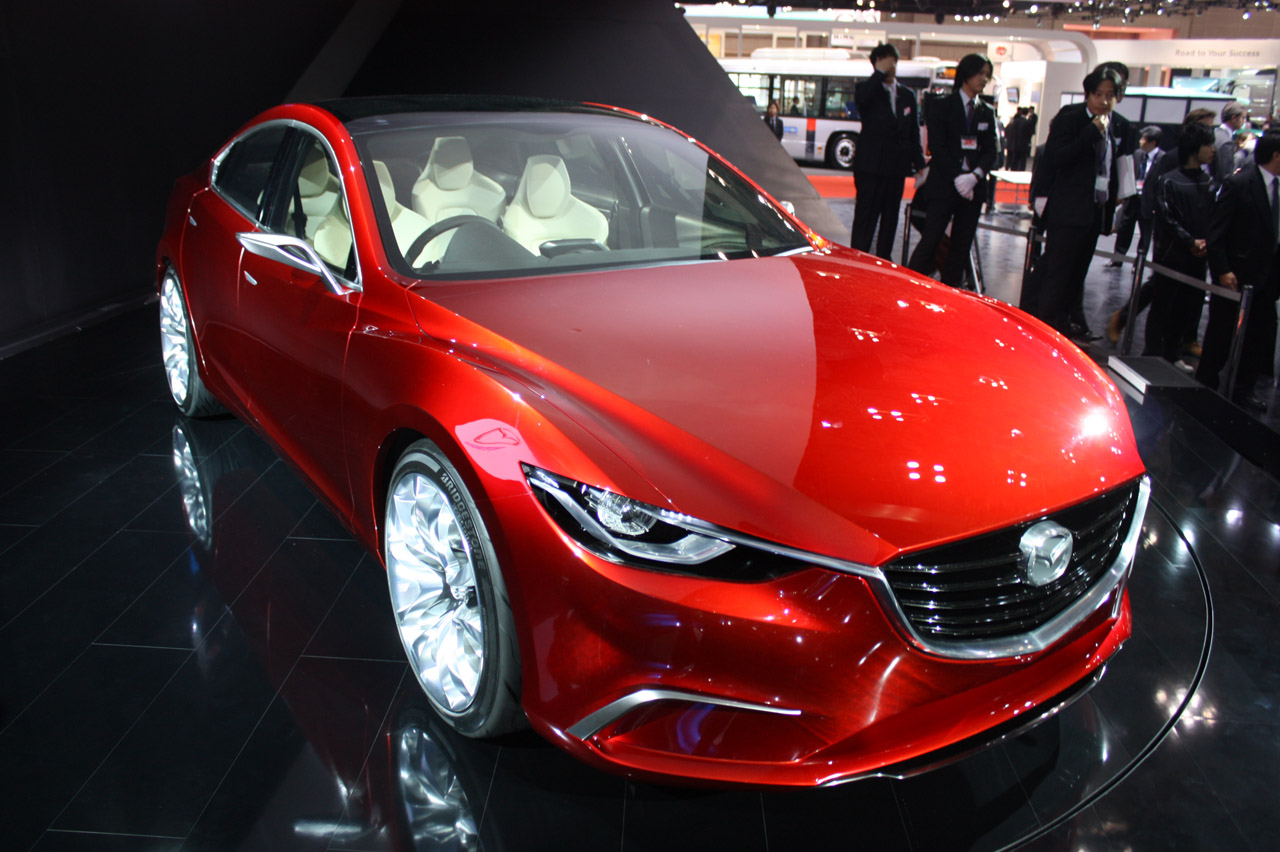 Mazda is one of the companies that really makes interesting cars yet they almost never manage to capture the imagination of the market.

A particular side of their slow selling vehicles is the mid-sized sedan they call the Mazda 6. It’s due for an overhaul and boy are they making one.

They’re looking for a new design, a new interior and quite the substantial change in the underpinnings, particularly in the engines.

That new design will almost certainly come from, or at least be inspired by, the Mazda Takeri Concept and that’s great.

It is a truly stunning design and it will finally make the Mazda 6 stand out. It had previously been a bit of a soft choice in terms of visual presence.

No real clues about what’s going on with the interior but we do expect to see it bang up to date in terms of technology, gadgets and safety features.

Where Mazda is really hoping to cut the loses is with the phasing out of the V6 engine. The bigger powerplant wasn’t available in all markets and in those it was it almost never sold.

That’s why the new versions of the car will be powered exclusively by four cylinder engines. These will be mostly spun around their Skyactiv technology.

This in turn means that a 155 horsepower and 150 lb-ft of torque 2.0 liter four pot will, almost certainly, make the final cut.

Europe might also get the 2.2 liter diesel powerplant that was originally developed for the CX-5 crossover.