GM rumored to be working on a hybrid Chevy Cruze 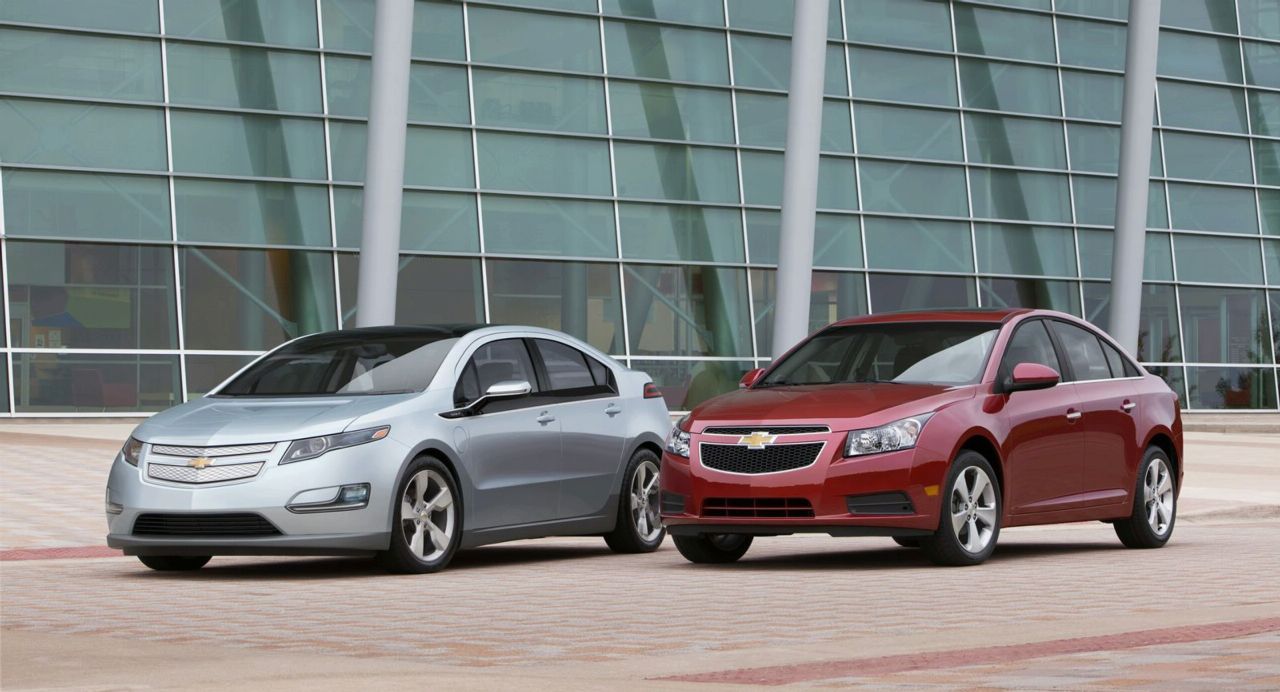 A recent rumor tells us that the General is more than pleased with the eco-friendly image their Chevrolet brand is getting.

Obviously, the Corvette is still in a gray area, but the Chevrolet Volt and Cruze are lighting up the green board like there’s no tomorrow.

From this state, the rumors start appearing about how Chevrolet is to somehow combine the success of these two models into a single one, the Chevrolet Cruze Hybrid.

In trying not to chomp at one another’s market, the Chevrolet Volt will probably maintain its specific EV drivetrain with a range extender whereas the Cruze will be a hybrid plugin.

Even though you can essentially charge both models at night and drive on battery power alone, the experience will be different. Whereas the Volt will have an internal combustion engine just to assist the electric motor on longer journeys, the Cruze won’t.

The Chevrolet Cruze hybrid will favor its already efficient petrol engine and, where possible, the electric motor will take over power delivery in order to help fuel economy.

Sure, it’s not exactly a confirmed product, but an Australian magazine has managed to squeeze GM’s Jim Federico, executive director within the division in charge of the Cruze into making the distinction between the two models.

As he claims the Chevrolet Volt will sell on at same rates, the Chevrolet Cruze hybrid will have a different market, fighting the Toyota Prius hybrid on more level playing fields.