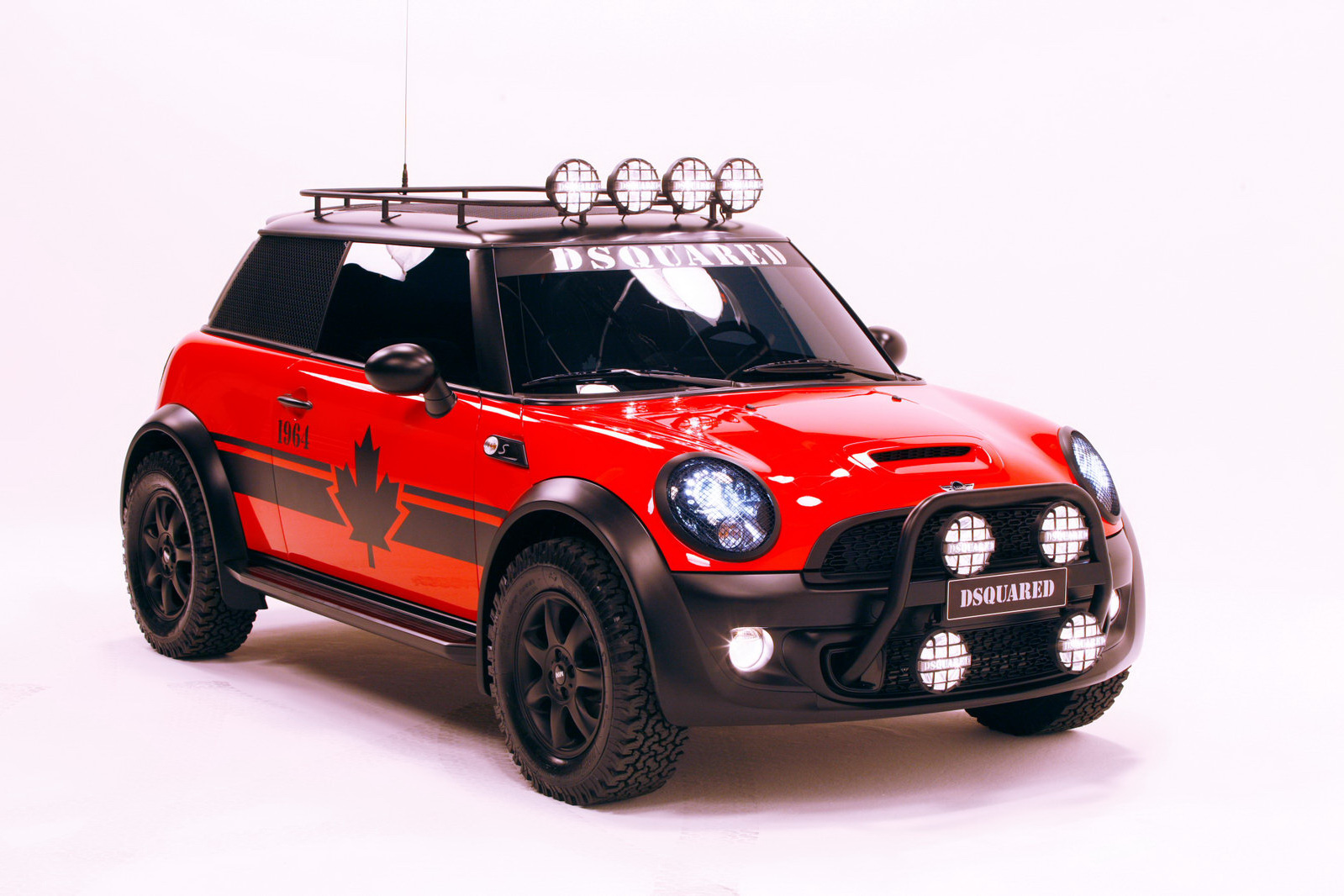 Since the Life Ball gala is Europe’s largest annual charity event in the fight against HIV and AIDS, it is clearly a big deal and it is therefore easy for a car maker to justify its presence and funding efforts.

BMW Group’s Mini is going to be a real part of all this “selfless” event in a very new and funky method that will imply the creation of a new special edition of one of their cars.

For 2011, Mini has teamed up with the people at DSQUARED and today they showed us what’s going to help the Life Ball a little influx of cash and style.

Based on the Mini Cooper this almost off-road capable Tonka toy is called the Red Mudder and I’ve grown quite fond of it.

The preliminary sketches of the DSQUARED Mini Cooper Red Mudder had already won me over but seeing it in the full glory it has to offer, you really can’t help but love the new little British hatchback.

After all, no matter how charitable and prestigious the event is who would’ve imagined an event that’s held in Vienna, Austria will ever mix with a DSQUARED creation and an off-road Mini Cooper.

Apart from the styling cues, the Mini Cooper Red Mudder offers up a raised chassis some deep-tread all-terrain tires with as many rally spec components as you can get.

This means that the Life Ball event will have a unique off-road Mini that looks a lot like an RC toy yet comes with a front guard, a set of rally headlamps, the essential tinted side windows and the more of a showoff accessory that is a spare tire on the tailgate.

Creators of this car claim that even though it may seem a little over the top this Mini Cooper Red Mudder is a great representative of the company that is DSQUARED.

It doesn’t really matter if this diminutive British creation is going to be a serious product for any of the companies involved, because the whole point of its existence is charity.

As one of the many cars specially created for the Life Ball AIDS charity, the whole point of this car is to have enough appeal to generate sufficient income for the people who really need it.

Under statistics throughout Mini’s implication with the Life Ball charity, one off models created by various partners such as DSQUARED have been able to rake in more than half a million euros in fighting to make a difference.

That is what matters.