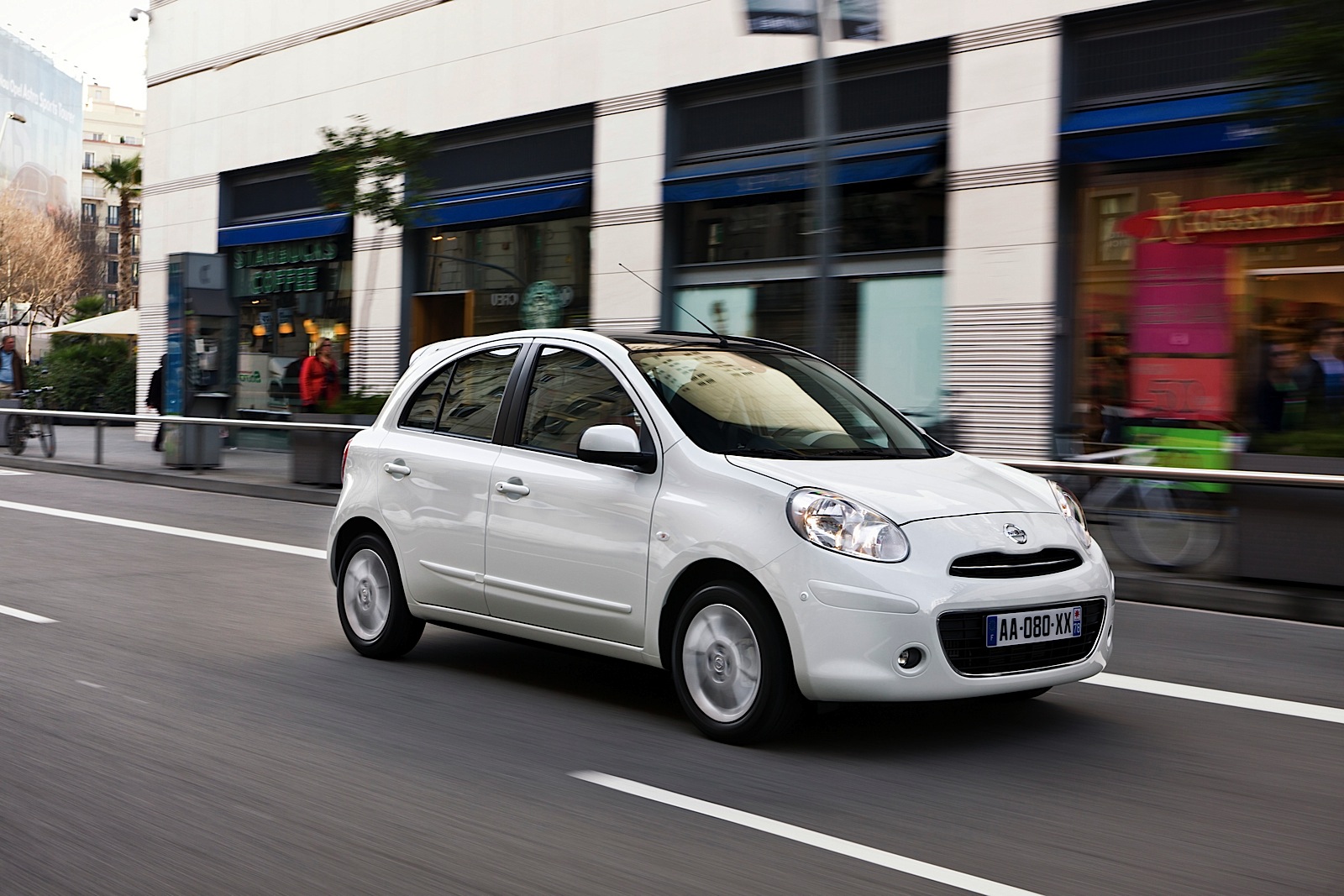 Nismo, the in-house specialist tuner from Nissan has a slightly underwhelming for the 2012 Tokyo Motor Show, the model we see here.

It is an up-rated version of the Micra, that very small hatchback Nissan sells in Japan, Europe and various other bits of the world that aren’t America.

Called the Nissan Micra concept it is not an impressive turn up not because of what it’s got, but because we were all hoping for a hot version of the GT-R, if not a hot 370Z model.

The small concept however comes with a new and complete full body kit that’s very tastefully done and accentuated by a few red accents.

Actually, the look of the new Nismo Micra Concept is just about everything it has going for it since the Japanese tuner didn’t utter a word about performance and interior changes.

They’ve focused on the body kit and dressing it up in their trademark racing colors, a pearl white overall shape mixed with a few red accents and some hardly noticeable black tricks.

Considerably important for the whole look thing is how the guys at Nismo haven’t really neglected the looks of the alloy wheels.

They are 16 inch five-double spoke units that have been painted in graphite black and boast that specific white finish for the tire rim.

Finally, there was a bit of fiddling with the suspension setup which comes with a proviso.

It doesn’t particularly help performance but the lowered stance does improve the look at a little bit and since the Nismo Micra is just a concept, it doesn’t matter cause nobody will complain about the comfort.