Nissan`s S Hatchback Teased as the Pulsar Model in Europe 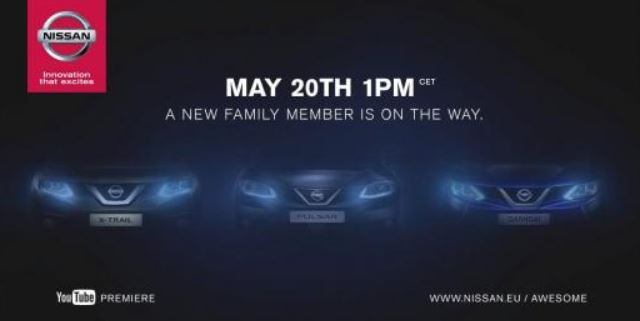 The Nissan Japanese based automaker has teased for the first time an image with the upcoming hatchback from the S-segment, that is supposed to be the new Pulsar model in Europe.

Nissan is planning the launch the Pulsar model on the European model against the top competitors like the Volkswagen Golf, the Renault Megane and the Ford Focus.

The Nissan Pulsar is due to be launched this autumn in Europe coming with a five-door hatchback body, as it will be built at the Nissan Technical Center in Bedfordshire, UK and assembled in Spain.

The new Nissan Pulsar will be coming with an engine lineup designated to compete with the Volkswagen Golf 7, offering a version “from the BlueMotion to GTI”, as the company`s officials state.

More than that, the Nissan Pulsar in Europe will be coming with a more friendly price than its rival, the Volkswagen Golf 7, but will features some worthy features.

The features include a self-parking system, the satellite navigation system or the full-length panoramic sunroof.

Interesting enough, the body design bears some influences from the Nissan Invitation Concept, while the front fascia resembles the new Nissan Qashqai or the X-trail model.