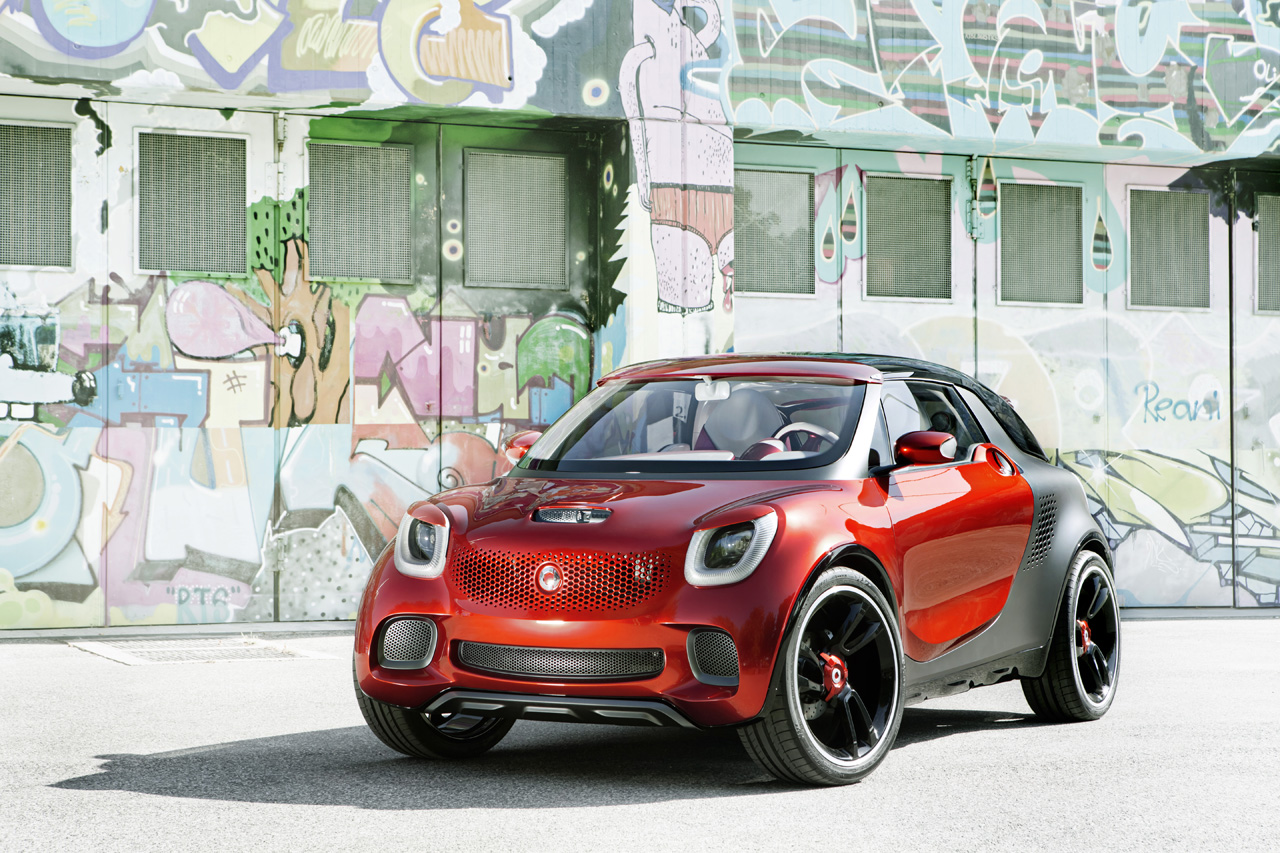 It was missing so far. It’s finally happening but since there’s plenty of time left until the Paris Motor Show so we should live with it.

The concept car Smart calls a Sports Utility Coupe is the first of the properly weird design bits we’re going to see at the French event.

A sport utility coupe is not something we’re used to but then again Smart is not exactly the most usual company we’ve ever seen.

Even for them though, The Smart ForStars is quite the weird piece of machinery. The looks alone could get it a spot in certain hospitals.

If we’re not to be so incisive though, the Smart ForStars looks a bit like a modern dune buggy. This time however it’s not based on a VW Beetle as old as Stonehenge.

Going its own route, the ForStars receives its own conceptual platform and a fresh powerplant that’s truly in tun with the times.

The fuel tank was replaced by a very trendy 17.6 kWh lithium-ion battery pack and the dirty old idea of an engine is swapped by an electric motor.

Once again, the Smart ForStars starts acting unusual as the amount of horsepower that engine develops is not available.

Smart only tell us that the torque figure stands at 99 lb-ft of torque. It’s a decent bet to assume the power output stands around the 80-90 horsepower mark.

It’s also safe to assume this car will never enter production as a Smart or anything else in the world.