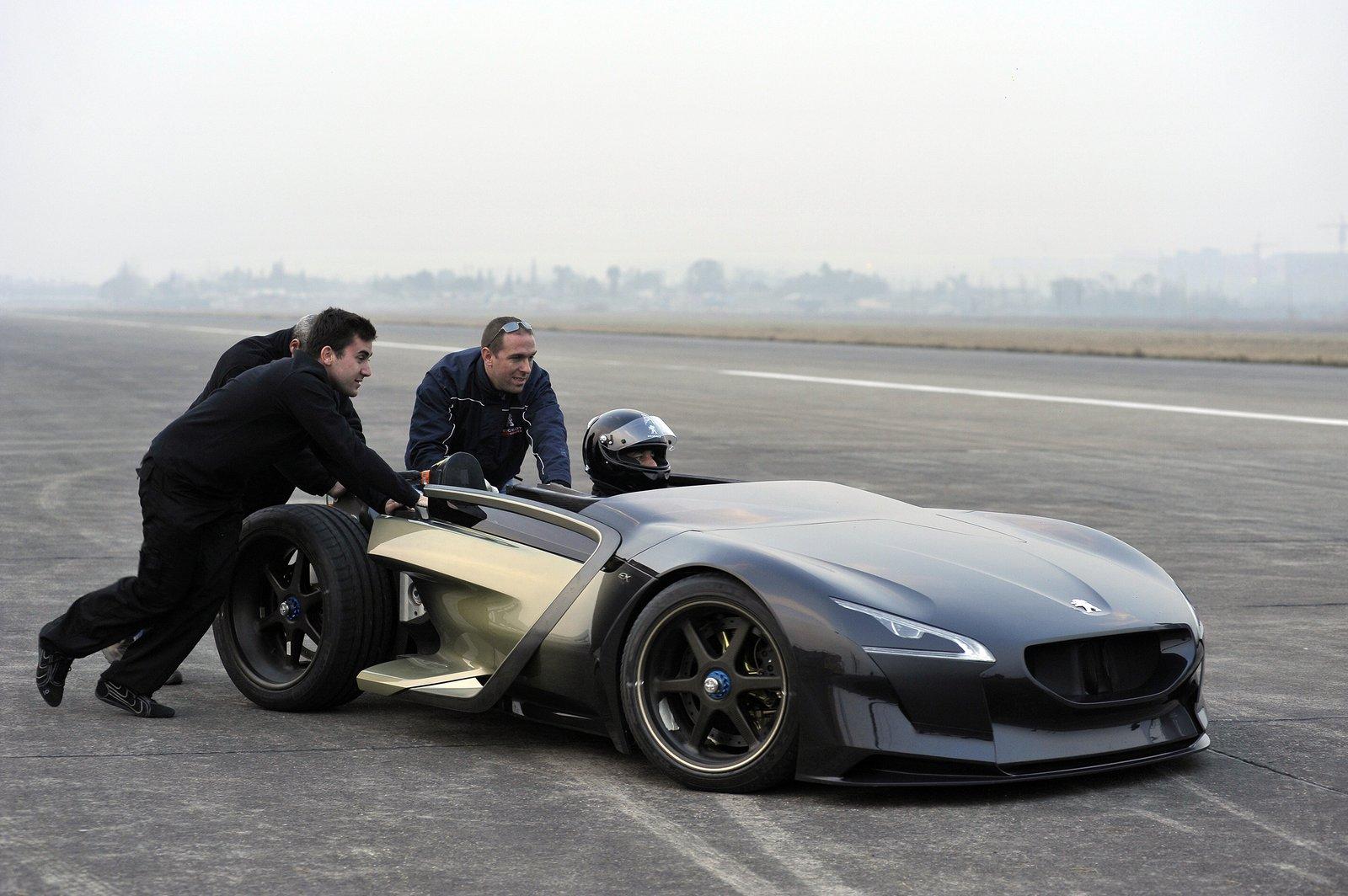 Peugeot gave us the shock of the EX1 Concept just before the Paris Motor Show and it seems like the appearance isn’t what it’s all about.

There is a lot of performance behind the French Lion’s latest Concept and it was clearly interested in showing off the goods that lie just beneath that fluent body.

How this happened is pretty much the equivalent of going to the Mecca of automotive achievement, a place called the Nurburgring-Nordschleife.

Teamed with driver Stéphane Caillet the Peugeot EX1 Concept managed to get round the infamous Nurburgring-Nordschleife in as little as 9 minutes and 1.338 seconds.

The 85.9 mph average speed was enough to get the Peugeot EX1 Concept to shave some 50 seconds off the time of the previous electric racer that tried to tackle the infamous track.

We may have the announcement available, the time published and everything but we don’t really know the full specifics or have any footage of it.

Hopefully Peugeot will fill those blanks in as soon as possible and then we can hear the complete silence of 340 horsepower and 177 lbs-ft of constant torque run around the Nurburgring in a graceful manner.

I know lithium-ion batteries aren’t the best way to power a car but they’re certainly an interesting alternative to focus on right now.