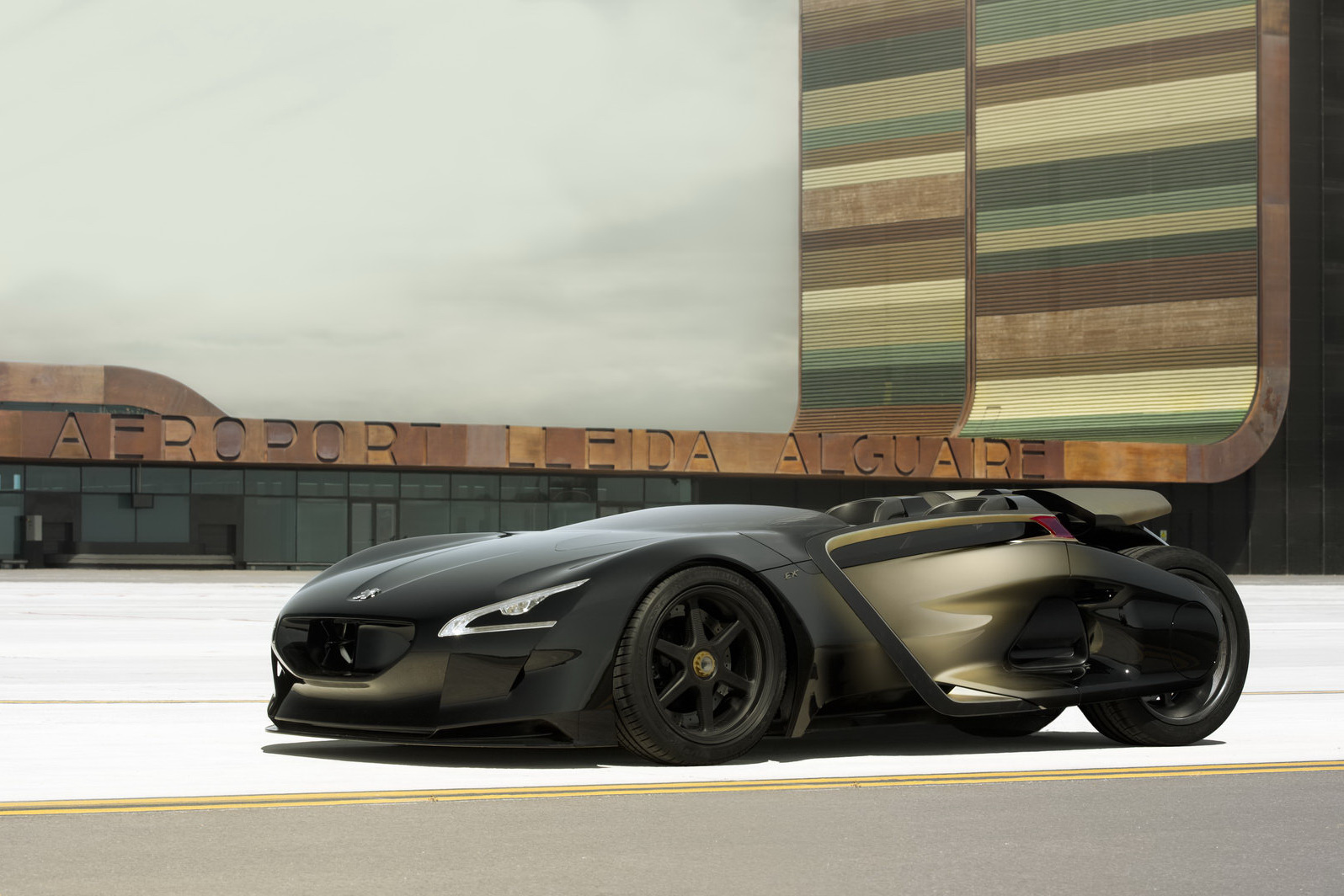 As most manufacturers have come to terms with getting the media excited about their stand at the Paris Motor Show with teasers, announcements and so on Peugeot stood back and decided to put one over on their rivals.

What they did is simple and almost genius, they revealed the entire car, albeit a concept, before the Paris Motor Show and I’m starting to think this is just about as interesting as the Maserati GT MC Stradale and this is a French EV concept. That says a lot.

Meet the Peugeot EX1 EV Concept, the headlines are as follows: a monocoque body structure manufactured from a carbon honeycomb composite to optimize weight and rigidity, a pair of electric motors, one for each axle, four-wheel drive, weird backwards opening doors, bucket seats and, according to the French, capable of pulling more than 1G.

Sounds like an interesting mix of tech and power and with those very bold looks you can easily be persuaded into finding interest with it. Even if it’s a Peugeot. The EX1 EV concept is powered by electric motors that produce a peak output of 125kW, thus making for a combined 250kW or 340HP and 240Nm or 177 lbs-ft of constant torque. Energy to wizz you along is stored in a high-output lithium-ion battery.

Now that’s something you know were to spot at the Paris Motor Show and what it looks like.