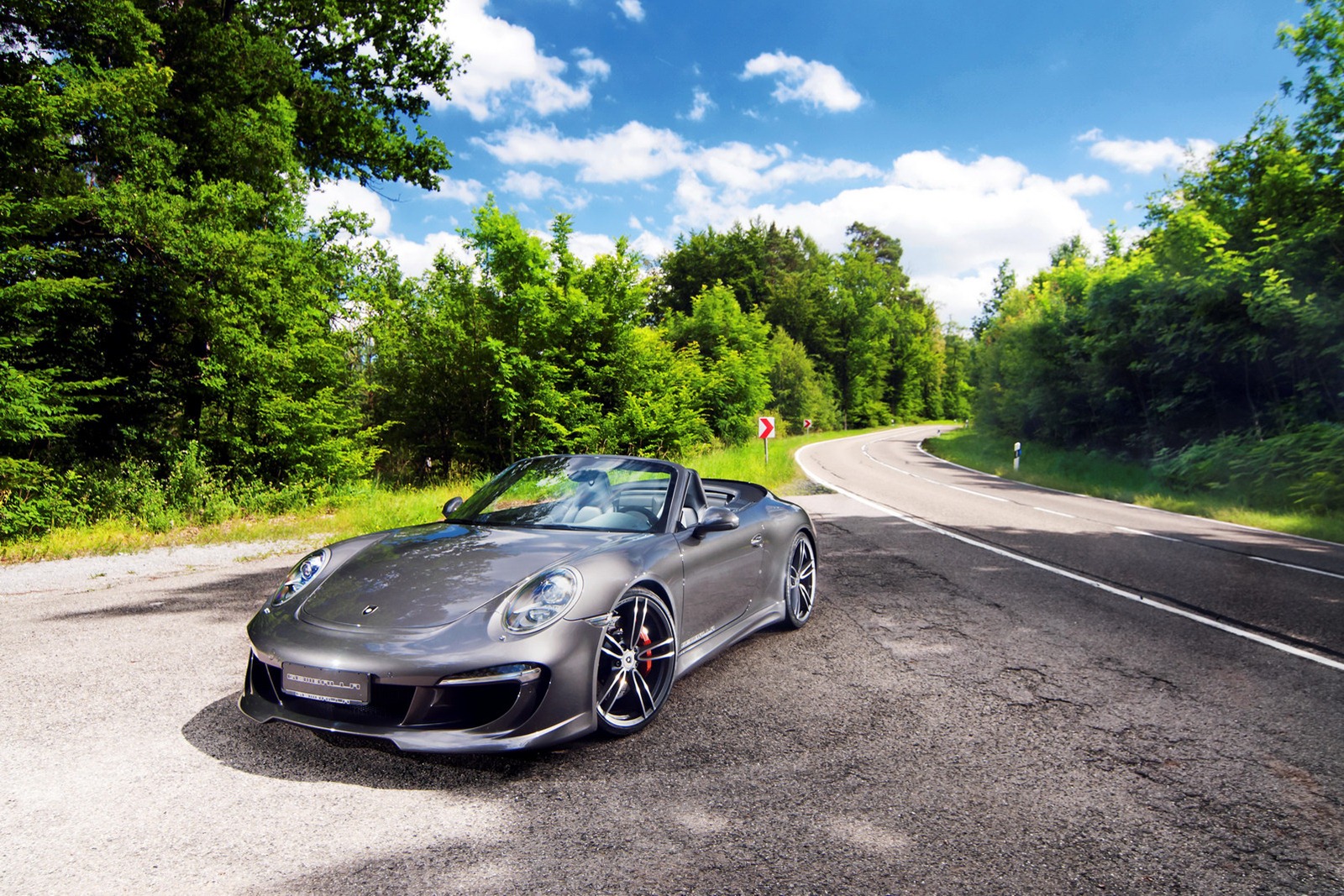 The Germans at Porsche are doing great, just like they’ve been doing for pretty much as long as we can remember. The ones at Gemballa not so much.

After some serious financial woes, their founder was found dead in some shady conditions, the company seemed to be going well underneath the black lines.

Somehow that didn’t happen and Gemballa is still here to amaze us in a collaboration with one of Porsche’s most desirable products.

Obviously we’re talking about a Porsche 911, one with an S badge one it for that extra go, but not the rough riding coupe version.

It’s actually the open top model, the cruising, posing runabout that its the Porsche 911 Carrera S Cabrio. Sure, you can still tear round the Nurburgring in it but it doesn’t feel the same.

The newly fitted GT package is actually conceived by Gemballa to aid the performance. Better aerodynamics help with the speed.

Changes to the body panels are there to also help the cooling of the engine in situations where you may be rushing around more than usual.

The plan is to also help the engine breathe better with a new exhaust system. If that goes well, you might as well be capable of cornering better.

Use the downforce of the Gemballa GT Porsche 911 Carrera S Cabrio but also get behind the new wheel, tire and Brembo brake setup while you’re at it.

Or maybe you’ll just shell out the extra €19.860 or US$ 26.100 Gemballa charges or the GT package just to make sure people know your Porsche is special.