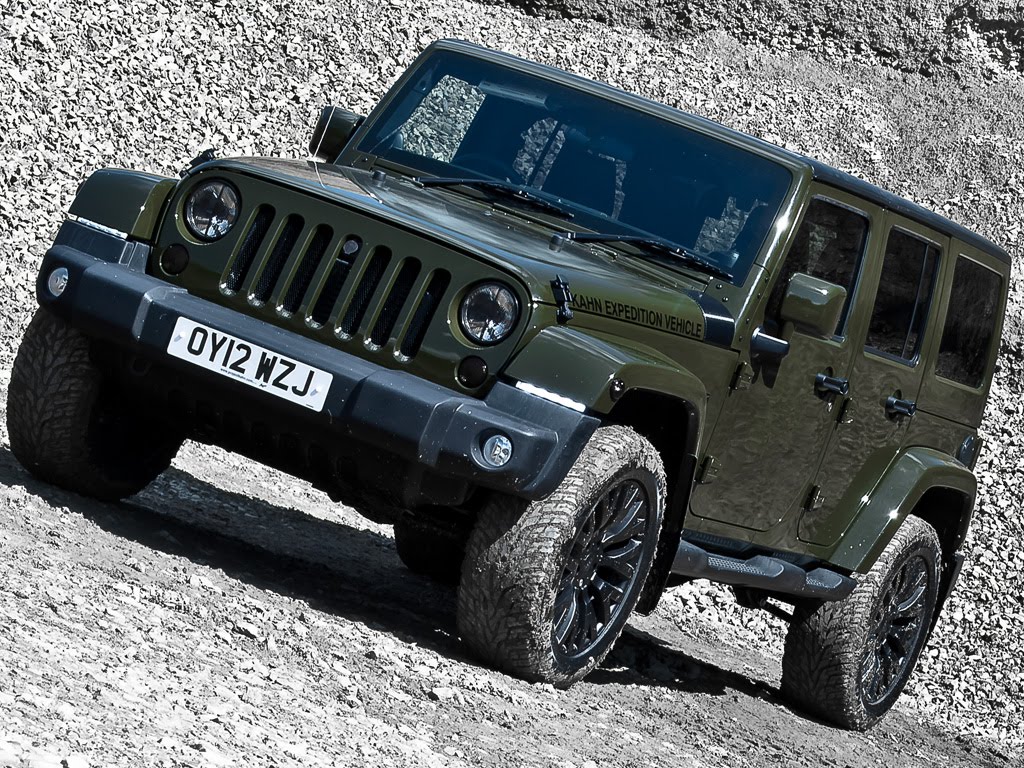 After all, the first edition of the Wrangler they tweaked didn’t really look that army prone as such a vehicle should be. I mean there was a hint of a look from the military but that’s it.

This new one is similarly tuned in an undramatic fashion but at least this time they painted the thing in a typical green shade.

Another set of specific products from the company is the 20 inch Kahn alloy wheels, the tinted windows and the liquid gold paint on the brake calipers.

Not much of a revolution happens when Project Kahn states that the most important bits of the equation are the paint, the color coded mud guards and the black accessories.

Apparently, the rev counter and dashboard also receives some tweaks, which is not natural for Project Kahn. Much unlike the images they released.

For once, we get to see one of their cars get dirty and run around in the mud. Even with it being a Jeep Wrangler, a model used to such ideas, it seems surprising.

Even though it’s not really a military product, this tweaked Jeep actually looks the part.