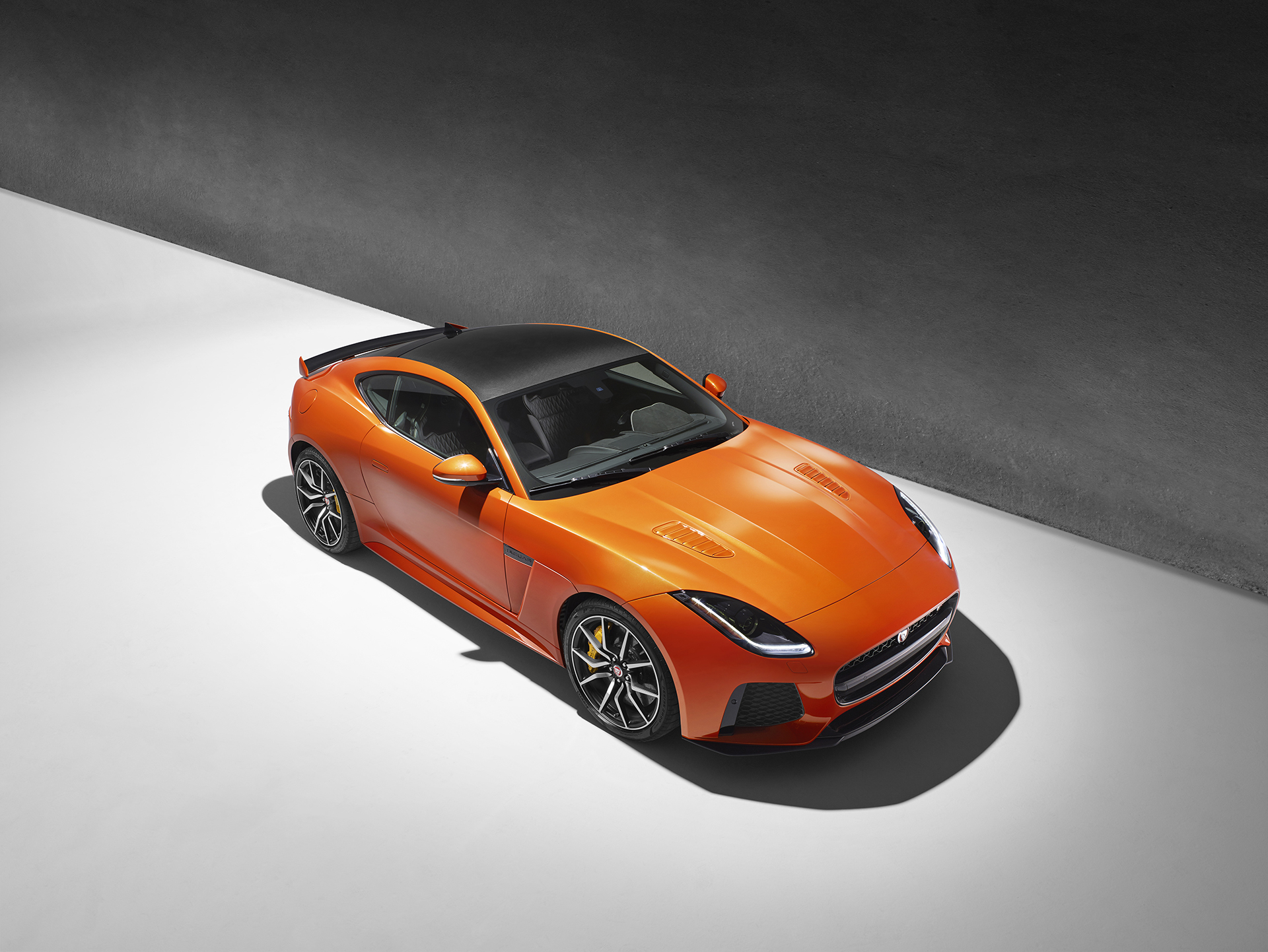 Yes, it is the fastest F-Type ever made. First, because it’s made using a lot of aluminum. Second, because it’s even more powerful than the R version. And third, thanks to its active aerodynamics. To translate in numbers what you have just read, the supercharged V8 engine, displacing 5.0 liter, produces 575 ps and a fantastic 700 Nm of torque. It pushes the British kitty to 60 mph in just 3.5 s, thanks to its all-wheel drive, and reaches 200 mph. So, what does SVR mean? It stands for Special Vehicle Operations, the sport Jaguar – Land Rover division. They took an F-Type R, which is already a very capable sports car and entirely reengineered each mechanical part to optimize its performance.

The ferocious character of the R version had been not only kept by the engineers, but moved up to a new level. The exhaust system had been entirely redesigned, offering a lower back pressure and saving 16 kg, while sharpening its unmistakable sound. The 8-speed gearbox had been recalibrated, sending the huge torque to the ground via a wider 265 and 305 mm tires. However, all these changes left untouched the fuel consumption, which still averages 25 mpg (9.4 l/100 km). This is also due to its lightweight chassis: the whole car weighs 50 kg less than the F-Type R, when it’s fitted with carbon fiber roof and ceramic brakes.

The improved aerodynamics help the SVR improve it drag, but in the same time to become more stable at high speeds, by reducing the front and rear lift. With the rear wing raised, the drag and lift coefficients are improved by 2.5 and respectively 15 percent. When the wing is in lowered position, these values are significantly improved by 7.5 and 45 percent. The top of the range F-Type SVR will be presented in two weeks, at Geneva Motor Show.