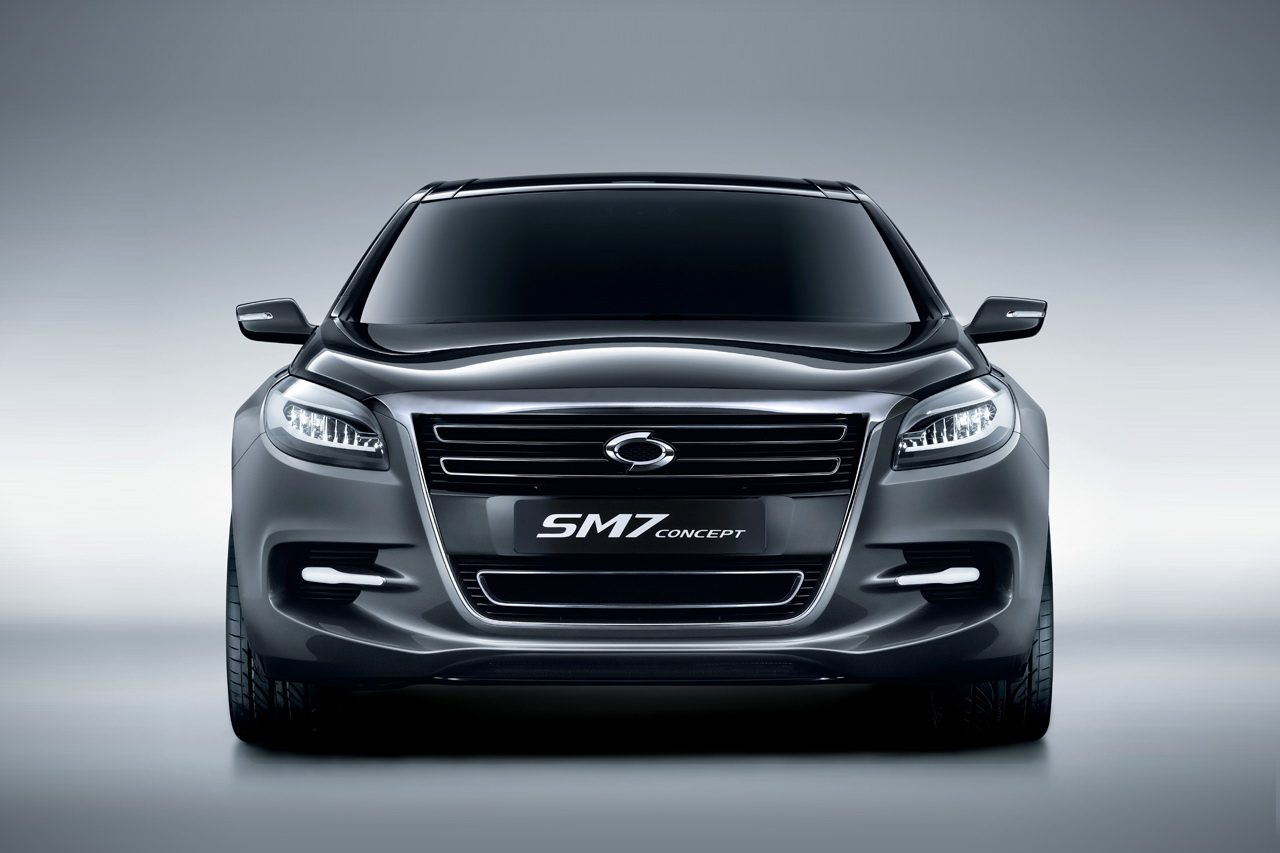 Being one of Renault’s less popular collaborations and the Korean connection didn’t really grab attention to what cars they make there along side Samsung.

The latest in line however is a little bit different and as the Renault Samsung SM7 attracts quite a lot of interest it is mostly because of the way it looks.

While your eyes are devouring every last line and crease in this Euro-Asian creation consider the new possibility of it having a considerable chance at reaching the old continent soon.

Marketed in Korea as a flagship vehicle for Renault Samsung, the SM7 could take on life in Europe under the French company’s Safrane moniker. It is a name Renault used to apply to their land barges back in the 90’s.

Weirdly, the Korean version of the Renault Safrane was the Samsung SM5, the smaller brother of the new flagship model we’ve just seen debut.

The all new Renault-Samsung SM7 had been present as a concept for a while now but today it rolls into production form and starts making a case for itself marketing-wise.

Underneath the pretty body, the 2012 Renault Samsung SM7 features a new platform that was adapted from the D platform used by the Japanese versions of the Nissan Maxima/Teana and it is most likely to come with a set of familiar engines.

These are both powered by petrol and just as the previous version of the Renault Samsung SM7 was, only in the 2012 they are likely to develop more power than the actual forms of Nissan’s VQ family.

Any more details on the situation are scarce, but really, if the new Samsung SM7 is to come to the European market as the 2012 Renault Safrane I’m completely rooting for it and hoping it does better than the Latitude smaller brother.

The Latitude is also based on a fruit of the Renault-Samsung alliance only it hasn’t been doing so well around these parts. The bigger brother does have a set of even better looks and those “to die for” boomerang rear lights that can only be seen on high profile Aston Martins these days.