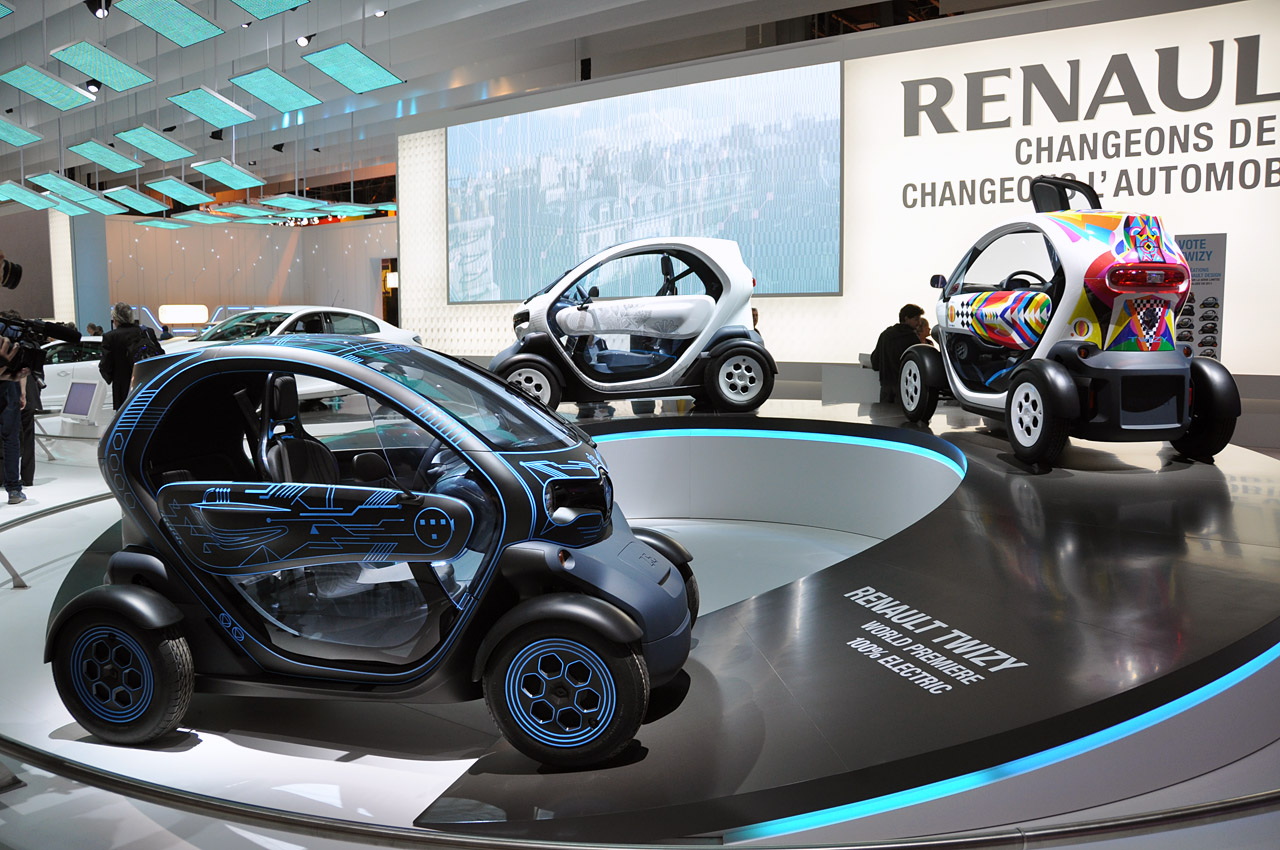 Renault’s EV technology has made such a case for the press lately with a lot of espionage stories being published it was about time we got some information on the fruits of their labor.

Competing for the cheap, affordable EV category here we are introducing the Renault Twizy. This cute looking double (barely) seater features a special way of traveling in our environmentally friendly world.

Powered by an electric motor which draws energy from a lithium-ion battery setup, the Twizy offers the latest of technologies and yet the price seems very low.

Even with taxes and registration taken care of, you should be capable of having a Renault Twizy on the road for the small price of €6,990 in Europe.

In this price range, it’s very difficult to find a basic car that uses low-cost old technologies so Renault’s EV department managed quite the feat.

The basic level of the Renault Twizy isn’t something to brag about as it only offers a mere 5 horsepower and an electronically limited top speed of just 45 km/h.

Not much can be done with these sort of figures but mobility has it’s own worth regardless of the quality at hand or the price paid for it.

The price you pay in euros and performance still makes quite the business case in favor of the Renault Twizy EV because it can be driven in some countries without a license of any sort.

Frankly the Renault Twizy should be seen as a better alternative to a scooter. It may be pricier than the two wheeled contraptions but it is also safer and cheaper to run in the long run.

Suddenly, both the Renault Twizy and its price sound like it’s aimed at younger crowds, so why not consider some trendier versions?

According to the French, the most demanded version of this car will be the Urban and Technic versions, ones which have a starting price of €7,690 and €8,490.

These somewhat improved versions get a “way more powerful” 17 horsepower electric motor which can ensure a top speed of 80 km/h.

Regardless of spec and price, the Renault Twizy will be delivered with a lithium ion battery pack which makes for 100 kilometers of range, with a charging period of just 3.5 hours.

The best part of Renault’s pricing policy for the Twizy is that the French will even take care of the biggest worry one has with the electric vehicles.

For the very decently priced lease plan of just 49 € per month, Renault will take care of the battery packs so that maintenance is no longer one of your concerns.