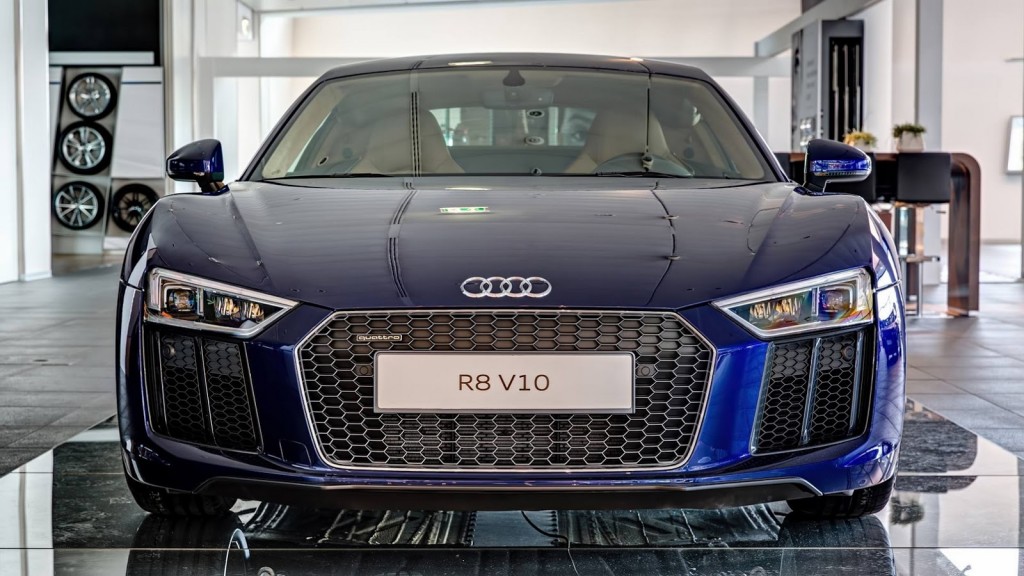 The newly unveiled 2016 Audi R8 at the 2015 Geneva Motor Show is looking more splendid than ever, as the carmaker has carried oud a series of improvements to the car`s exterior and interior.

First off, the 2016 Audi R8 has received the exotic Santorini Blue color at the exterior, along with some eye-catching body elements, the model receiving carbon fiber reinforced polymer and aluminum composites, carbon gloss engine compartment cover, while the 10-spoke forged aluminum wheels complement the entire work.

Inside, the cabin of this Santorini Blue is looking refreshed, with a lot of high-end materials, like the Nappa leather with the diamond quilting, along with the Havana Brown leather interior, the Alcantara roof lining stitching, the Bang & Olufsen audio system, the 12.3-inch display, bucket seats and a few more which make it stand-out from the crowd.

Under the hood, the 2016 Audi R8 has not received any upgrades, the sports car still packing the 5.2-liter V10 naturally aspirated unit, developing 540 horsepower and 540 Nm of torque, in the stock R8, while the R8 V10 Plus is outputting and impressive 610 horsepower and 650 Nm of torque. Prices with this particular 2016 Audi R8 in Santorini Blue have not been unveiled.