Sport Wheels offer you more than the Audi R8 Spyder can 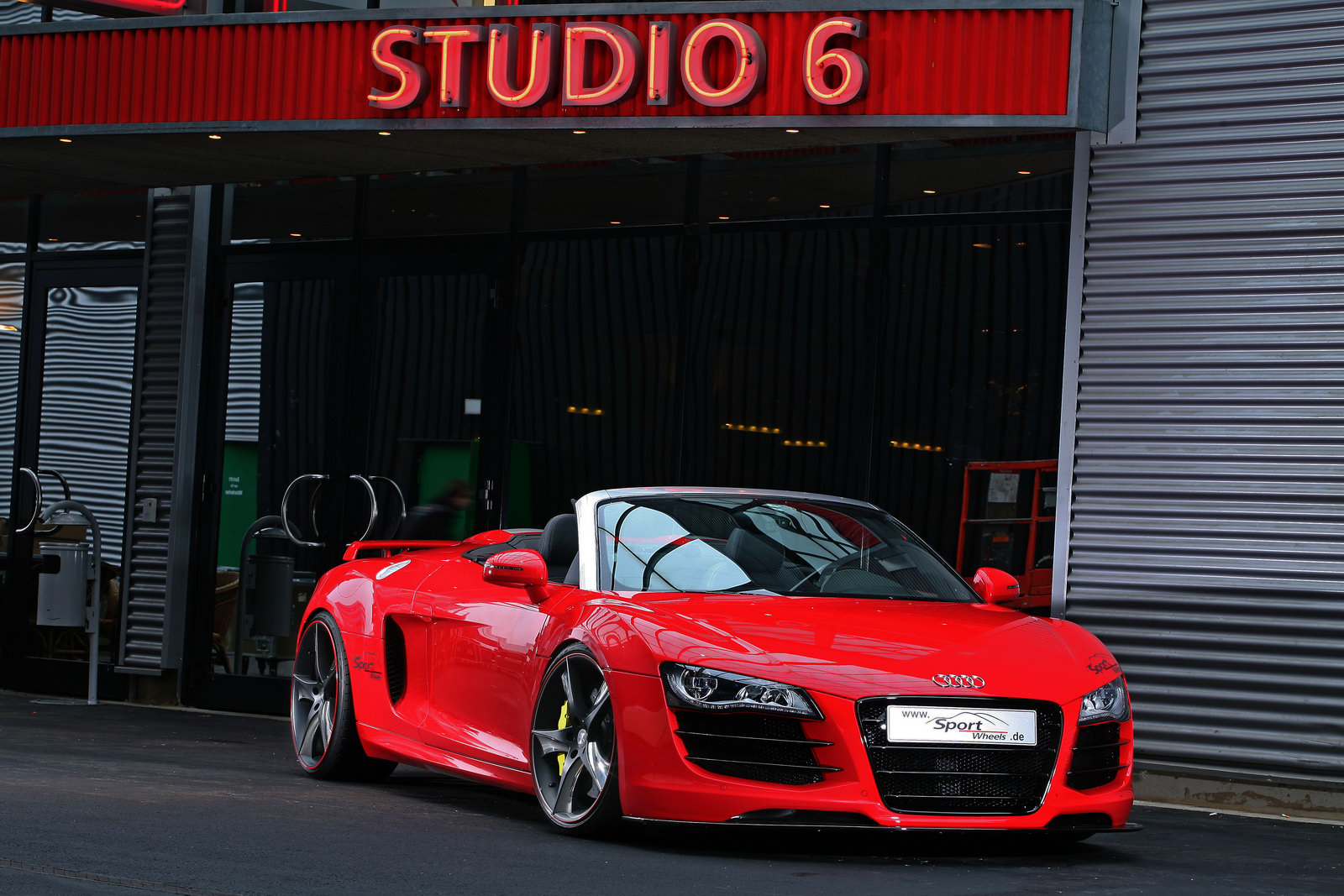 Ever since the Audi R8 came about it’s been quite a success. In Spyder form it’s even better if you’re not interested in the full performance.

That’s a no-brainer, but then again, the people working for tuning firm Sport Wheels seem to think otherwise.

This is why Sport Wheels will be offering a 600 horsepower tuning job on the Audi R8 Spyder.

And since performance these days isn’t all about power, the tuners have added quite a lot more to the regular Audi R8 Spyder than more punch.

Before we get to that, I should point out that the 600 horsepower and 580 Nm of peak torque available comes from adding a new exhaust and a few other fettling changes being made to the regular R8’s .

The weight saving regime is aided by lots of carbon fiber replacements for the regular components such as front and rear bumpers, brake cooling ducts, front spoiler, rear diffuser and that “taste acquiring” fixed rear wing.

The last handling updates include a complete suspension system made up of a coilover aluminium setup for the Audi R8. Add to that new set of ceramic brake calipers, new wheels and Dunlop Sport Maxx tires being wrapped around some crazy wheels.

But do you know what’s the best part about this Sport Wheels version of the Audi R8 Spyder?

No, it’s not the sum price of the upgrades that adds some 85.000 dollars to the price of the Ingolstadt flagship, it’s actually how there’s a word going round about how this whole tuning package is actually stolen off another developer.

Now that’s something interesting in having such a car and considering this tuning kit.