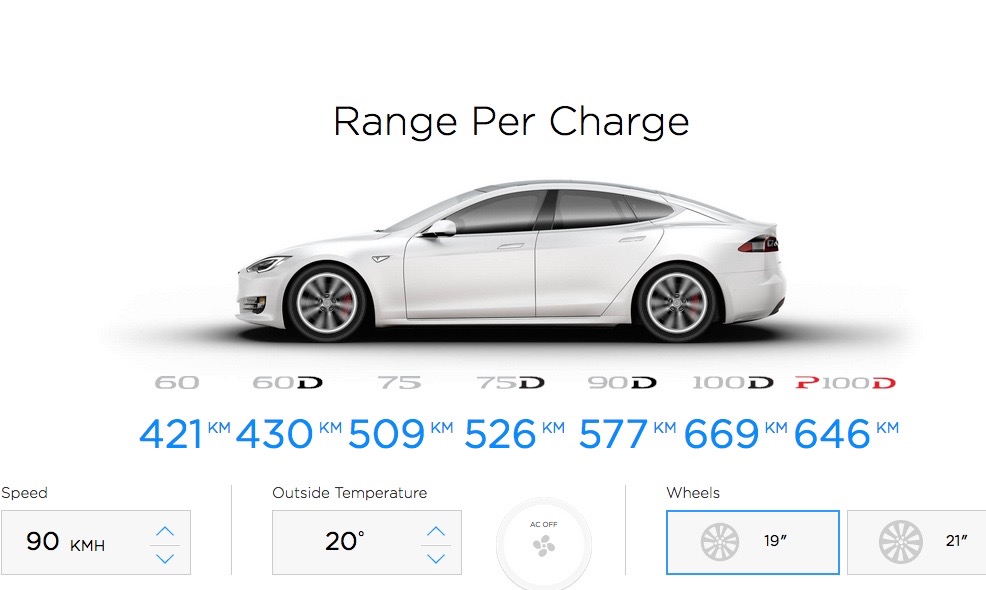 Even if the North American based Tesla carmaker has literally no competitors on the market with its wide range of extremely efficient electric vehicles, not even from BMW`s i3 or i8, the company didn’t rest on its laurels and has already released that long-expected electrified vehicle which comes with the highest battery pack ever built so far, and the longest mile range achieved yet.

It is all about the newly announced Tesla Model S 100D, which comes, as the name suggests, with a massive 100 kWh battery, and an impressive mile range worth-mentioning in the Guinness Book of Records.

The Tesla Model S 100D has also received a NEDC certification which basically records an official range of 632 km, way too more impressive than the stock P100D model, with 613 km.

Performance wise, the Tesla Model S 100D is also mind-blowing, coming with the “D” electric motors (“Dual” electric motors), sending the power to all wheels, and covering the 0 to 100 km/h sprint in a blasting 4.4 seconds.

This is less impressive than the P100D`s straight line run of just 2.7 seconds, but even so, it does manage to stir everybody`s anxiety, especially if we are talking here about a Dodge Challenger SRT Hellcat or a BMW M5.

The Tesla Model S 100D is the company`s latest electric motor to come with such an impressive mile range, following the legendary Model X 100D, which offers a NEDC-certified range of 295 miles. You can find out the full technical details in the images offered below by the carmaker.