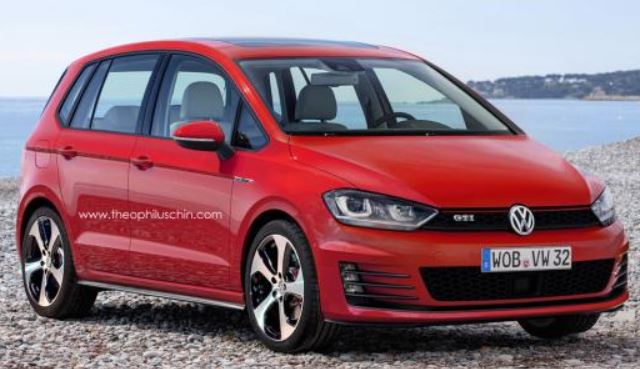 A rendering with the Volkswagen`s Golf Sportsvan GTI has just hit the web, which is actually a closer look on how the future model would look like.

The rendering image was designed by the famous Theophilus Chin, showing the MPV in a GTI-like version, after the standard Golf Sportsvan was unveiled a few weeks ago.

To be a reminder, the Volkswagen Golf Sportsvan is replacing the well-known Golf Plus model and it rides on the now standard MQB platform and designed to offer enough space inside and fuel economy as well.

Inside, the Volkswagen Golf Sportsvan is tweaked with a lot of technology, like new infotainment system with front impact collision prevention, blind spot monitor, lane keeping assist and much more.

Under the hood, the Volkswagen Golf Sportsvan comes with six supercharged engines. The three petrol burners, the TSIs, develop somewhere between 85 horsepower and 150 horsepower.

The remaining two diesel units, the TDIs, produce 110 horsepower and 150 horsepower respectively. All engines come with an optional DSG automatic transmission, apart from the TSI 85 version.