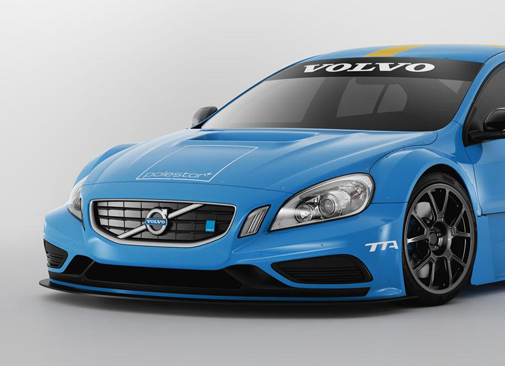 Volvo S60 TTA is the new racing car of the Swedish car maker, a model specially designed for the Swedish Racing Elite League competition. The vehicle is powered by a V6 engine delivering 420 horsepower and linked to a six-speed sequential transmission. All the power goes to the rear axle, therefore we talk about a rear-wheel drive model.

As its name says, the new Volvo S60 TTA is based on the production variant of the S60 but gets various improvements such as a new braking system with 370 mm (front) and 360 mm (rear) discs and four-piston calipers.

Volvo Polestar Racing and Volvo Polestar Performance teams will benefit from this model which is scheduled to enter the competition later this year. So far, three people were confirmed for driving the new Swedish model, namely Robert Dahlgren, Fredrik Ekblom and Thed Björk.

At the exterior, the S60 TTA gets a new set of side skirts, 18-inch alloy wheels, a new ventilated hood made of lightweight carbon fiber but also a rear wing.

The main purpose of these exterior elements is to increase the performance not only to give the model that aggressive look.