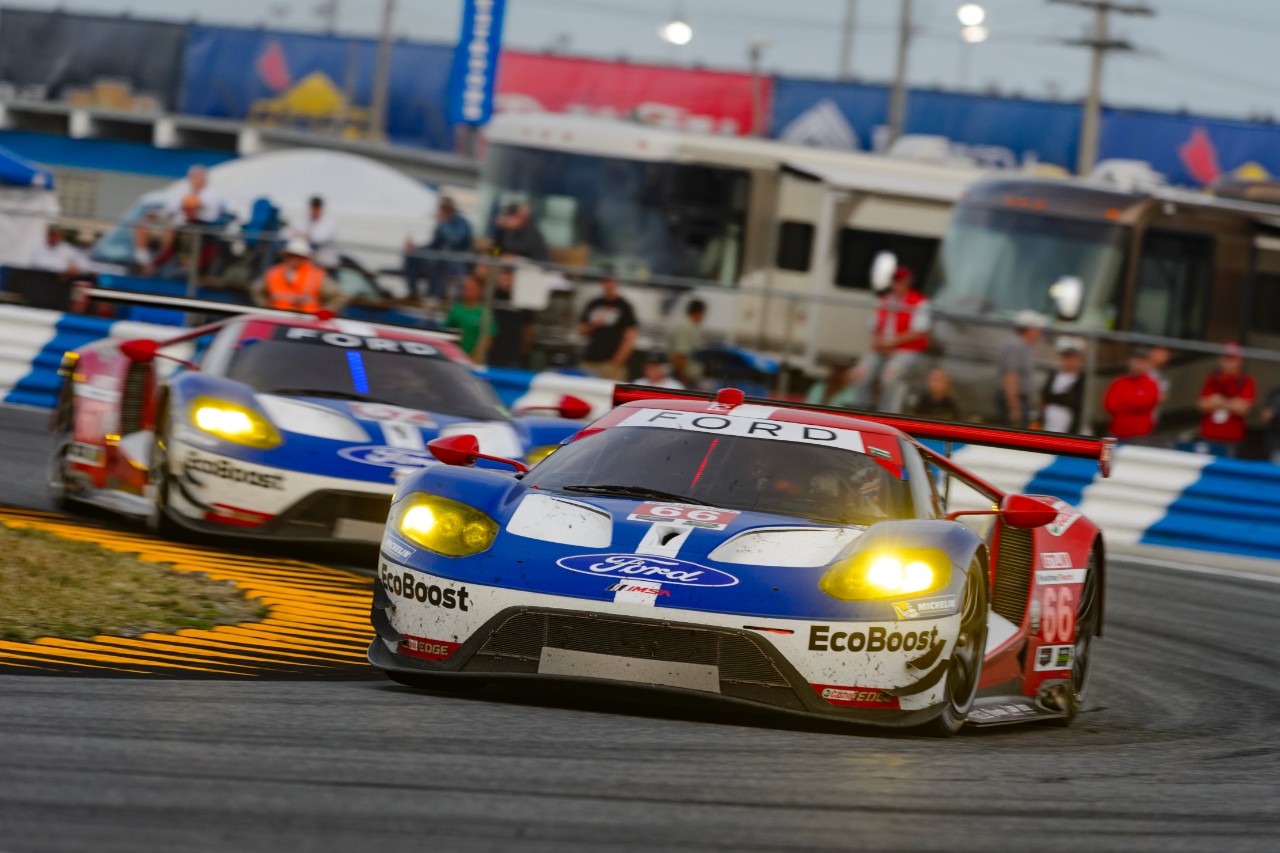 Four Chip Ganassi Racing Ford GTs were confirmed to be on entry list by the ACO (Automobile Club de l’Ouest), the organizer of this prestigious race. The cars will receive 66, 67, 68 and 69 numbers on the start list and will compete in GTE Pro class, along Aston Martin, Corvette, Ferrari and Porsche. The cars in this category should have a weight exceeding 1245kg and an engine displacement lower than 5500cc (or 4000cc if it’s turbocharged). The event is scheduled from 18th to 19th of June and if you want to see them racing, you’ll have to pay at least €172.

This achievement comes at the right moment: 5 decades ago, Ford managed to place three of their cars on the podium. However, there were eight of them at the start. The other five did not manage to finish the race. The podium’s monopoly was even sweeter since Ford’s main rival, Ferrari didn’t manage to finish the race with any of its two official cars, Ferrari 330 P3 model. Both of them were involved in accidents. Four Porsche906 occupied the next places, followed by the first Ferrari entered by a private team, a 275 GTB/C model. It was the first time an American car had won the prestigious race.

There’s another interesting fact about the 1966 race: thrilled by the imminent victory, Ford team decided that the first two cars should have a neck and neck finish. Though the number 3 car, driven by Ken Miles and Denis Hulme past the finish line first, the organizers decided that the no.5 car, driven by Bruce McLaren and Chris Amon had won the race. They’ve covered a longer distance during the 24 hours, as they started further than the number 3 car. Eight meters separated them, and it remained the smallest gap between the first two positions in the history of Le Mans 24 Hours race. In the end, the sweet victory was a little bittered by Miles’ second place, as he wanted Daytona-Sebring-Le Mans triple victory.