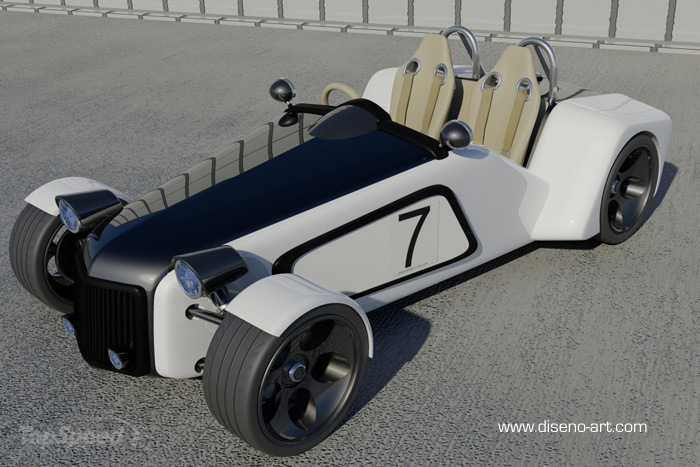 Ever considered that a fifty million year old Lotus car needs to be refreshed and taken into the 21st century?

Neither did I but it seems like the ghost of Colin Chapman is staying close to some young designer cause he just came up with a new Lotus 7 Concept.

You see, back in 1957 the original Lotus 7 originally came about it lived well until 1972 when the lightweight British manufacturer cut production.

Lotus however didn’t let the 7 drop down and die but sold the rights to make it to Caterham who decided to make it for another 30 years up until the present.

As if the history wasn’t boring enough, this Lotus 7 Concept will live on for another 100 years.

I guess the British really don’t know when to stop making a car, particularly a shed built sports one.

The new 2011 Lotus 7 Concept promises absolutely nothing new in terms of style probably nothing revolutionary as far as performance goes but you get a totally new bling appeal.

Using massive wheels and the same turbocharged inline four cylinder engine that comes from Ford you already know what to expect.

Basically, the same thing we’ve been getting for 50 years with a new engine and bigger wheels, there we go, a 2011 Lotus 7.