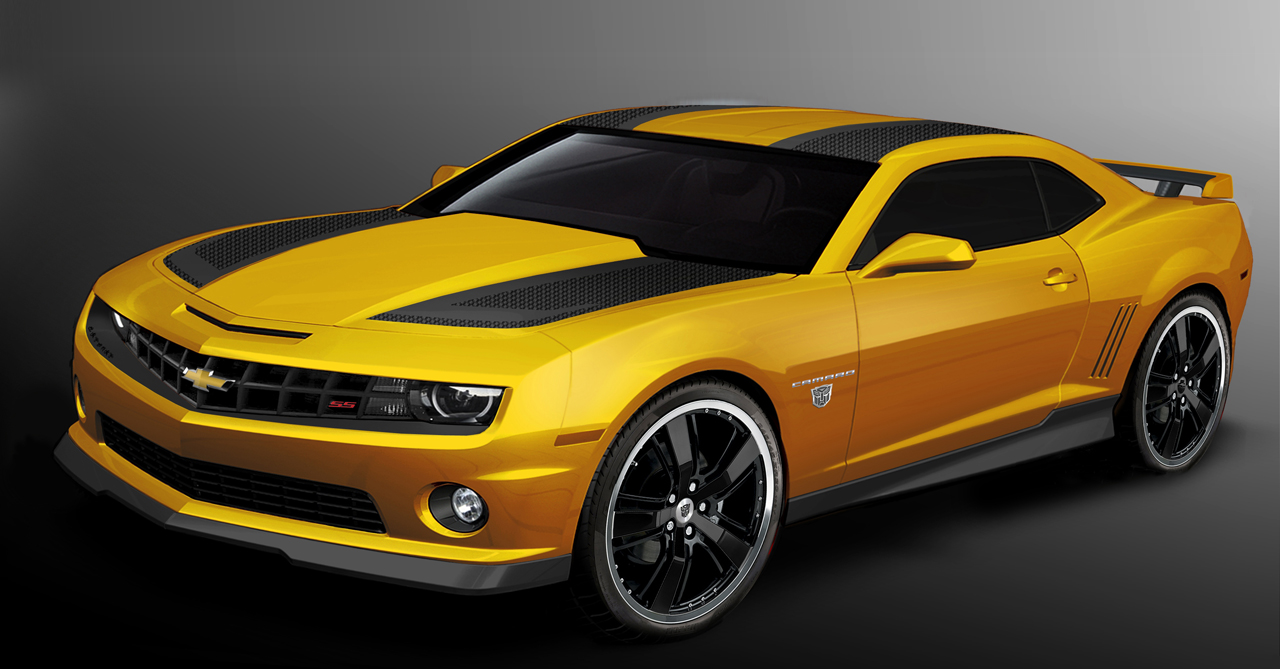 We’re just a day away from the release of one of the most eagerly awaited movies of the science fiction scene of 2011: Transformers 3 – Dark Moon.

This blog doesn’t really cover movies that well so I’ll point out how GM is already showcasing their participation to this new film creation.

In order to honor what’s possibly the most popular of their presences on screen, General Motors has revealed a real world version of Bumblebee.

The General isn’t going to send a new and shiny Autobot to your driveway but they’re going to hook you up with a 2012 Chevrolet Camaro that comes in pretty much the same livery.

Hitching up the movie effect showoff of this Camaro is a choice between two sets of 20 or 21 inch, black-painted alloy wheels.

Either of them bear considerable resemblance to every 14 year old’s favorite Autobot. Speaking of which, General Motors actually offer some Autobot Shield logos on the center caps and front quarter panels.

Destined to further sweeten the deal of owning a Transformers like 2012 Chevrolet Camaro GM’s dealers will also be offering an optional Ground Effect body kit.

The interior of the 2012 Chevrolet Camaro Transformers Edition is mostly black leather with yellow stitching, there’s some on the instrument panel, center console, armrests and, of course, the seats.

You aren’t going to get away from your geeky side inside this special car either, mostly because there’s some visible Autobot logos on the headrests and center console lid.

After all, it’s not like you were expecting a movie inspired 2012 Chevrolet Camaro to be discrete when the exterior has black stripes down the hood, roof and tail and a rear spoiler that matches the Ground Effect scene.

At the moment, we’re told the 2012 Chevrolet Camaro Transformers edition will be offered as an add-on package for the 2LT and 2SS Camaro Coupes that are bought in Rally Yellow paint.

The final cost of this setup is supposed to be a very light 3.000 dollars on top of the basic car you order. That seems more than decent on GM’s side.

Availability for the 2012 Chevrolet Camaro Transformers edition is going to start in July for American buyers while the Canadians are going to have to wait up to until September.

These availability periods are pretty interesting, especially since round at the same time the 2012 Chevrolet Camaro Transformers edition, General Motors is going to be releasing the ZL1 version.

Teaming up a high performance vehicle with a loud speaking effect of the exterior makes for nothing more that success available for the Camaro.