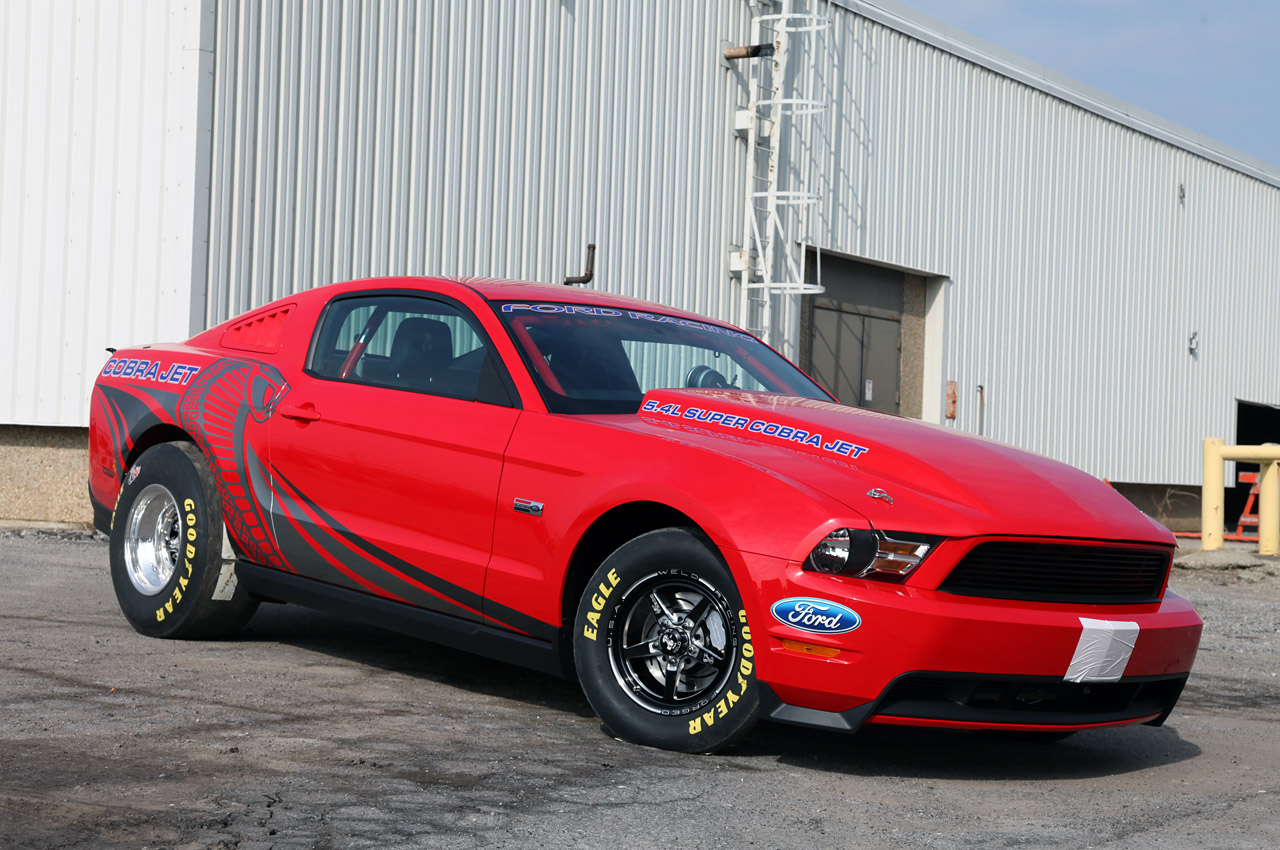 What Ford did here, is turn the 2012 Mustang into something that can under no circumstances be appropriate for driving on a street.

Even so, it’s called the 2012 Ford Mustang Cobra Jet and it claims to have a record under its belt, that of being the fastest accelerating production car ever.

Underneath the improper looking body there’s an aluminium 5.4 liter V8 engine which can either be specified with a 2.3 liter TVS supercharger or a 4.0-liter Ford Racing Whipple supercharger.

Here’s the weird thing, either one of these superchargers you pick you “only” get 425 horsepower because of National Hot Rod Association regulations.

If however you pickup one of these monstrous 2012 Ford Mustangs and wish to tune it up to what it can actually manage, several hundred horsepower can be accessed.

Even in standard trim, Ford claims that the 0-60 is so small it’s not worth mentioning, as the quarter mile will be dealt with in well under 10 seconds.

As everybody knows, performance doesn’t come cheap, which means that the $91,990 to $103,980 pricing isn’t exactly surprising.

Weirdly, Ford claims that at this pricetag, you’re better off than making a kit car by yourself that may even come close to rivaling this performance, so that is quite the argument.