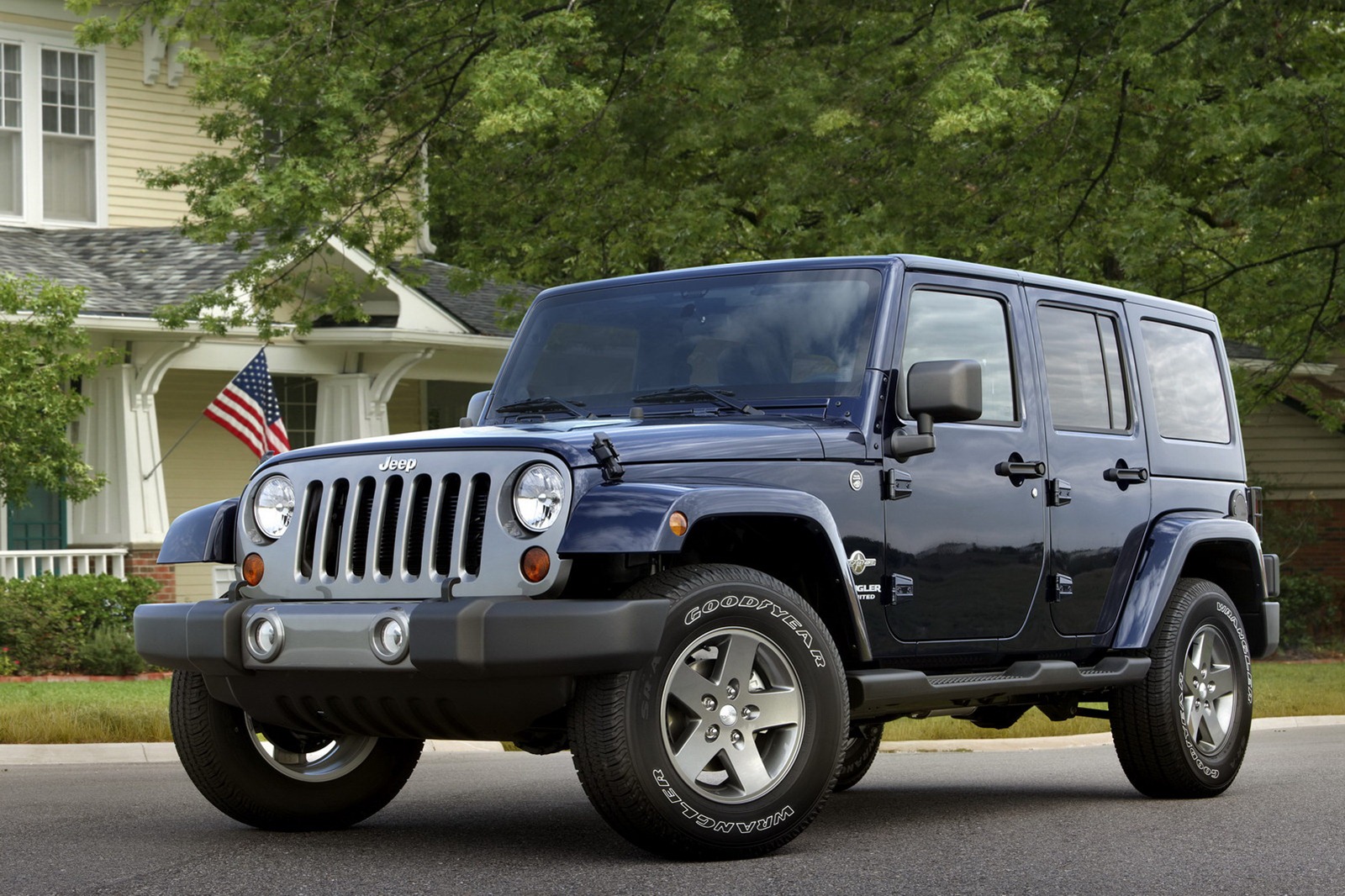 For all the recent updates the Jeep Wrangler has been getting it’s still an aging motor that can go mostly only go off-road.

It also gets most of its sales based on the fact that it’s cool, which is why Jeep keep coming up with new limited edition models.

The newest one plays a little on the nationalist or patriotic customer as it’s called the Freedom edition model and actually goes as far as doing something for the idea.

Jeep will allegedly go on to donate $250 to charities that help former U.S. military members for each of the Freedom edition Wranglers it sells.

When it comes to standing out, the 2012 Jeep Wrangler is available in Deep Cherry Red, Bright White and a new entry to the color list, the exclusive True Blue.

The more important stand out bits of the equation a military-inspired star decal on the hood and rear quarter panels and a set of Mineral Gray-painted 17 inch alloy wheels.

There’s an Oscar Mike badge on the fender and there’s also one embroidered on the seat backs in silver stitching. Some other custom tweaks are made to both the interior and exterior.

Most of them are quite superficial but we have to appreciate that this special edition is actually quite a bit of work for Chrysler rather just a name created by the marketing crew.

In terms of options the Freedom Edition is offered as a two-door Wrangler or four-door Wrangler Unlimited with the same underpinnings as the standard car.

One thought on “2012 Jeep Wrangler gets Freedom edition”