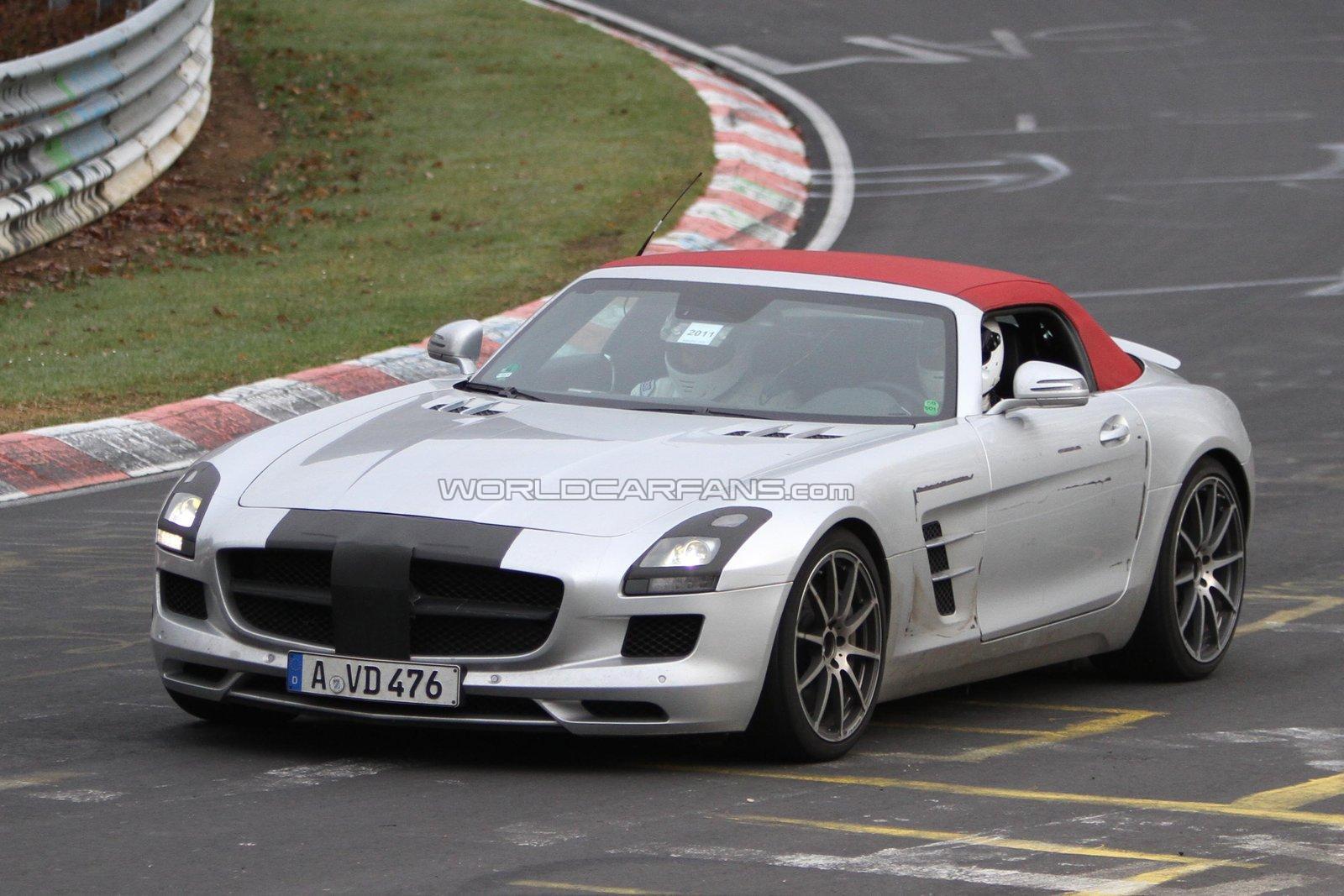 Probably hinting at proximity to a potential launch date, Mercedes Benz took the camouflage off their drop-top flagship mobile, the SLS Roadster.

I will grant Mercedes one thing, in going their own way and forgetting about the McLaren connection in creating their supercar, the SLS AMG turned out great.

The only trouble is that because of all the things that make it great, Mercedes went for a push and filled with nostalgia for their 300 SL they gave it Gullwing doors.

Gullwing doors look great in pictures, are impressive for school boys and so on but owners of a certain age don’t really appreciate the excessive “bling” that comes with them.

In making the SLS Roadster, Mercedes pretty much solve that problem and eventually add some appeal as far as the open top sensation is.

Apart from a bit of a facial coverage, these Nurburgring images reveal the Mercedes SLS AMG Roadster is clearly undisguised.

The 2012 model year is, as you’d imagine, a marketing gimmick for the Mercedes SLS AMG Roadster because the official release is scheduled for this year, perhaps sometime near the end of the summer.

When it does come to the market, the 2012 Mercedes SLS AMG Roadster will feature the same engine as its coupe counterpart, the most powerful naturally aspirated one on the market.