Smart is up to some weird stuff with the ForTwo 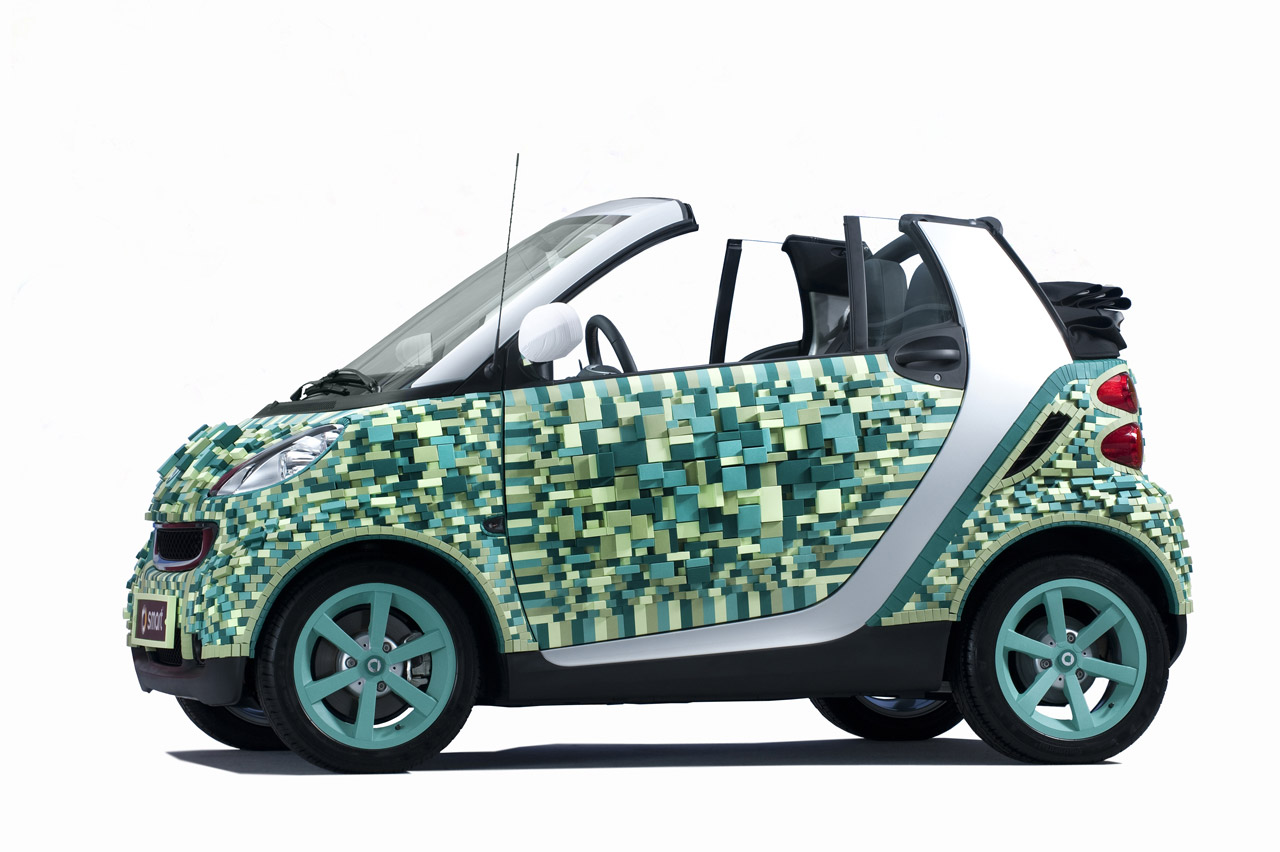 It would seem that while most people raised an eyebrow when hearing about the Smart electric scooter, some were and are quite interested in it.

However I’d be very curious as to who is going to be very interested or interested at all in this unusual version of the ForTwo.

I’m not saying it’s unusual just because it has a funny looking paintjob, but rather because it employs a different sort of material used for the actual construction process. The latest iteration of the Smart ForTwo is actually made from high-quality reusable cardboard. Your eyes aren’t playing tricks on you, that’s exactly what it’s made of as a result of the collaboration between Smart and the packing gurus at CD Cartondruck AG.

It seems that the cardboard has found place as a material used for the interior as well and all of these are nothing but an attempt from Smart destined to prove that their products are disposable. Another point they’re trying to make with this creation is the fact that the company has an infatuation with an urban design strategy. To be honest it’s not just the two companies behind the project as the idea came from artist Sarah Illenberger. Sarah Illenberger has experience producing art installations for the editorial departments of magazines like Style, Vanity Fair and The New York Times Magazine so she’s the one who came up with the looks, namely the pixilated greens that form a camouflage pattern called Eco-Flage.

The car will be on display at the soon arriving Paris Motor Show.