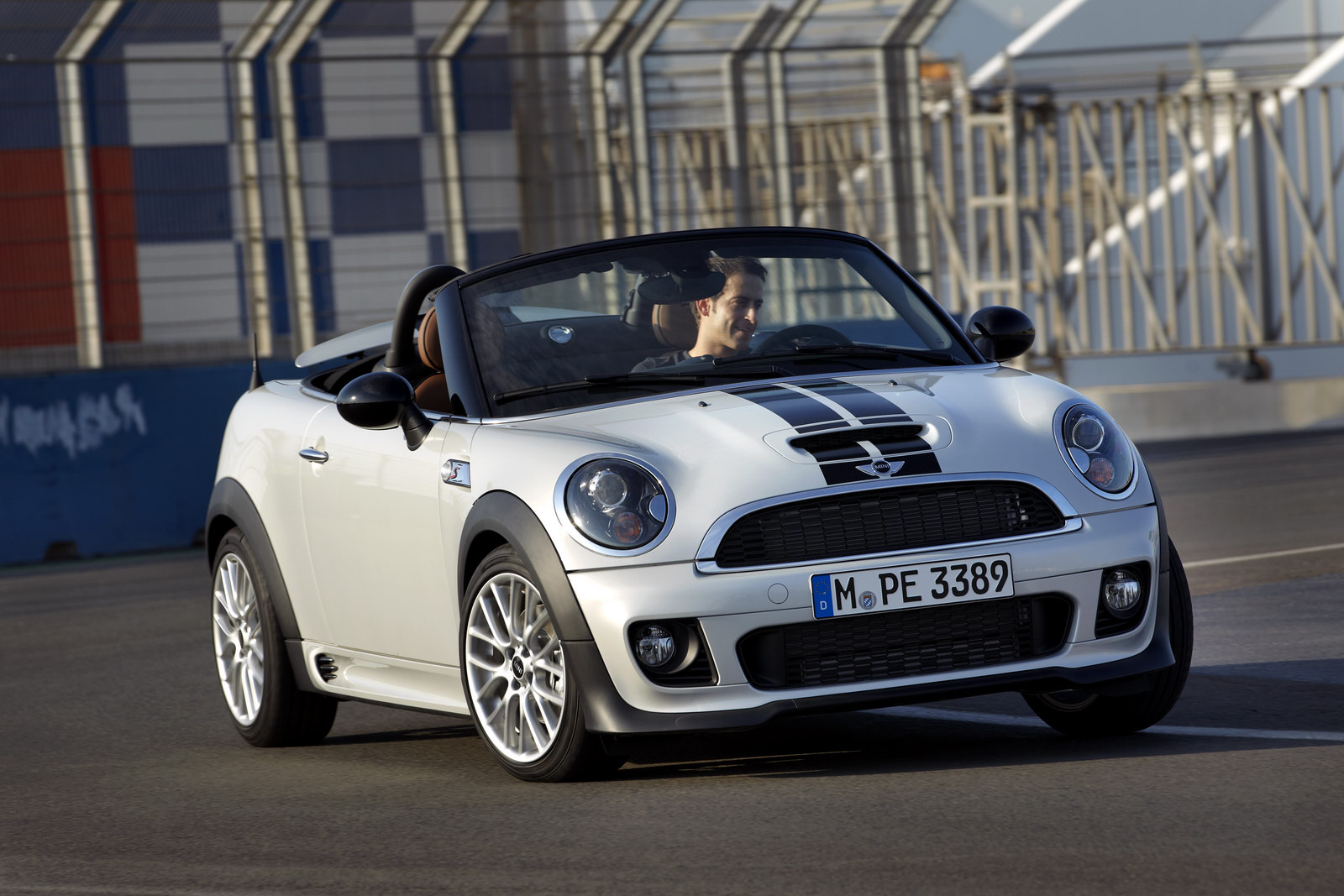 Ever since BMW brought the Mini back to life as a fashionable, lifestyle and trendy vehicle with some serious premium feeling added, there’s only really been one complaint.

It has been related to lack of room in the back seats, as well as the almost non existent luggage room in the boot. Mini then countered the situation by making the Countryman.

For those who wanted a Mini and couldn’t care about anything other than fun and looking cool, there’s been a Coupe version added.

It is that Coupe that the new 2012 Mini Roadster is inspired by and it is that particular British offer that the new open top car is trying to improve.

The 2012 Mini Roadster comes with all of the more ore less important gadgets and luxuries BMW could cram into a small car but what I think really matters for this version is the fun.

We’ll start with the diesel cause it’s the simplest of the lot, a 2.0 liter four pot which is great, but nowhere near as fun as the petrol ones.

Pretty much the same can be said for the naturally aspirated 1.6 entry level which only has 122 horsepower and is slower even than the diesel when going from 0 to 62.

Where things get really interesting for the 2012 Mini Roadster is with the 1.6 liter turbocharged versions which develop 184 and 211 horsepower, making for some properly good fun.

On balance, the 2012 Mini Roadster Cooper S is probably the best choice if you’re looking for a small and quirky convertible that still does luxury.