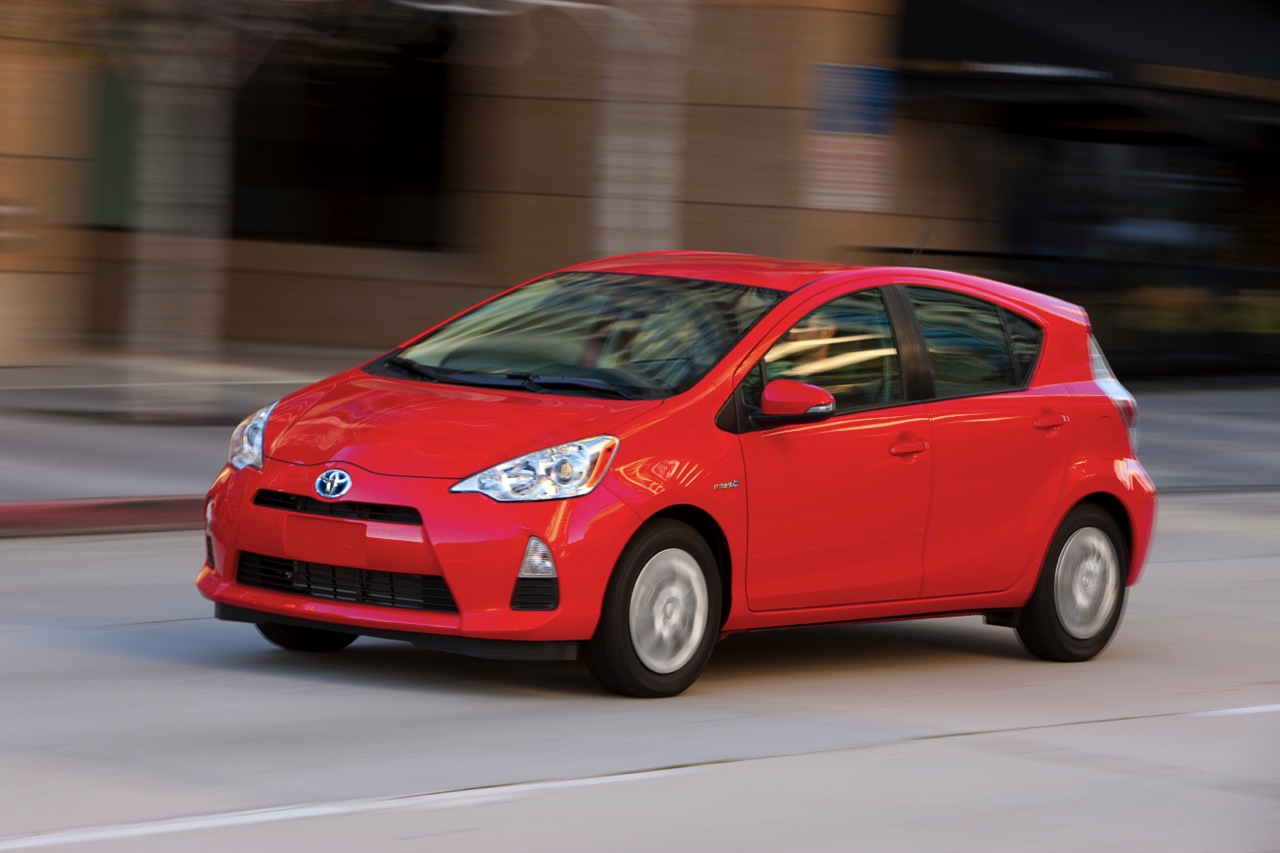 Since being a fan of hybrid, fuel sipping or just green cars is now hip, it would only seem natural for Toyota to try and aim their Prius at the youngsters of the world.

Before all that happens they needed to rethink their approach and created a whole new version of their Prius in the form of the Prius C. Ok, it may not be that different, but it’s got something youthful about it.

What the Japanese really hope will make the 2012 Toyota Prius C more appealing to the tree hugging hip youngsters is the price. For a while it had been missing from the picture but it’s now officially out there.

Like they’ve originally claimed, you can get a brand new Toyota Prius C for under 19.000 dollars in the United States but as you’d imagine, that only applies for the base model and is subject to a condition.

A Prius C One, as the base model is called, costs the average American youngster 18.950 USD.

So far, so good, but that has no mention of the destination charges which will take that price up by $760.

For all the fluff, the pricing is still pretty good and if you consider how going up the model range you can’t end up bankrupt, the Toyota Prius C pricing seems decent.

Decent value for money and though it may be spicy for a student budget, it seems just right for anybody else. That’s before mentioning the 53/46/50 mpg (city/highway/combined) the Prius C can manage.