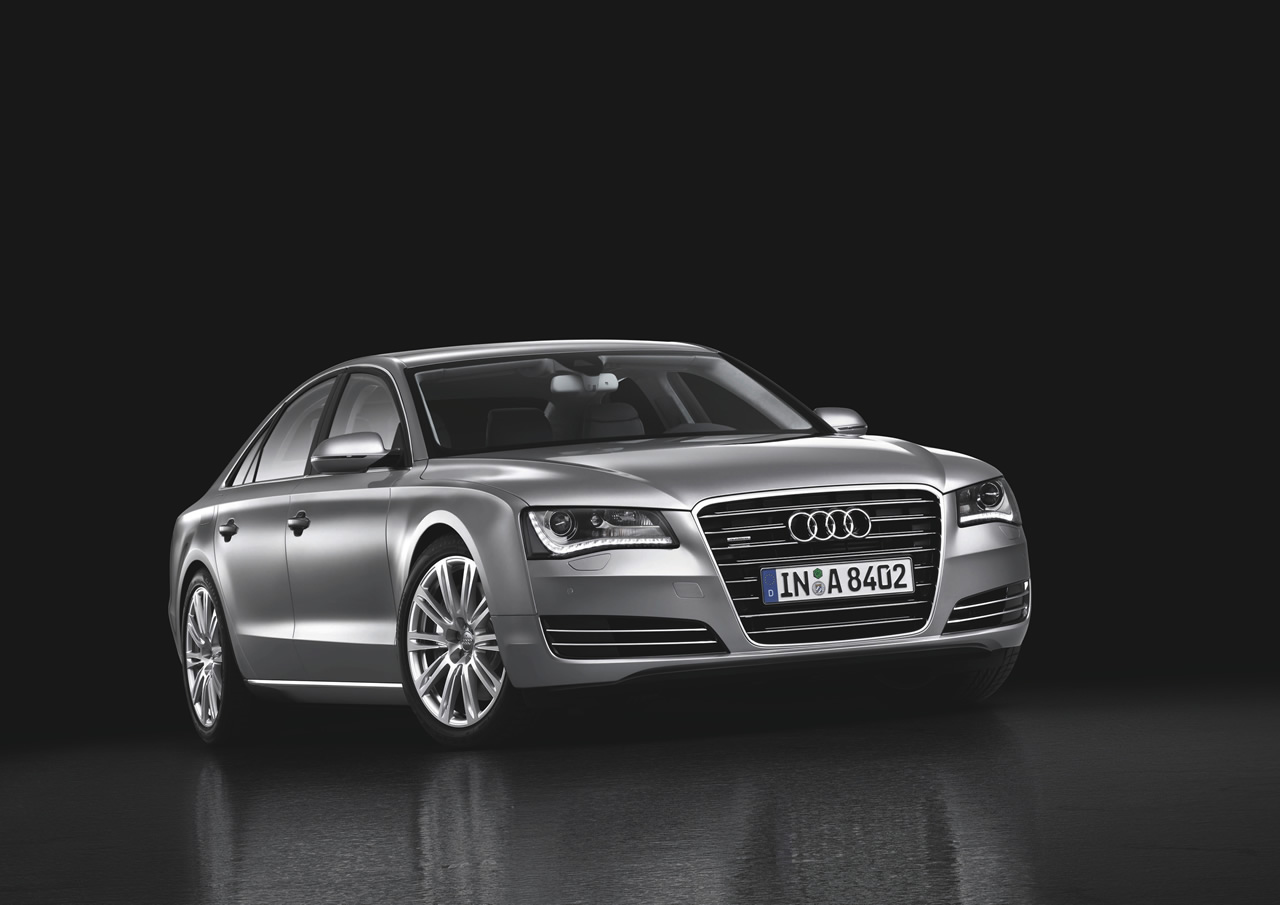 Project Kahn’s attempt at making people feel good about themselves even though their’ A5 is “only” a 3 liter is nice but Audi does make better cars than that.

One such example would be the upcoming 2013 Audi S8, the fastest version of the Ingolstadt’s flagship sedan.

In becoming an improved model, the 2013 Audi S8, wound up into getting the same aluminium space frame, the same quality construction and a few improved details.

One of these less than small details is the focus of the S powered big boy, the engine.

Powering a 2013 Audi S8 is the German’s 4.0 liter twin-turbo V8 engine which develops 520 horsepower in its current form.

That’s definitely not a small amount of power but since Audi considers that the 2013 S8 will run along with not only the AMG version of the Mercedes S Class but also a few even faster models.

Apparently, the 2013 Audi S8 is supposed to be shouldering its way along side the Porsche Panamera and the Maserati Quattroporte.

I highly doubt that is a plausible explanation but I consider the Audi S8 as an eventual problem for something like the BMW 760 Li and that’s about it.

Supersports saloons are definitely in a different league to this businessman’s express, even though it should hit dealerships at an opportunity moment.