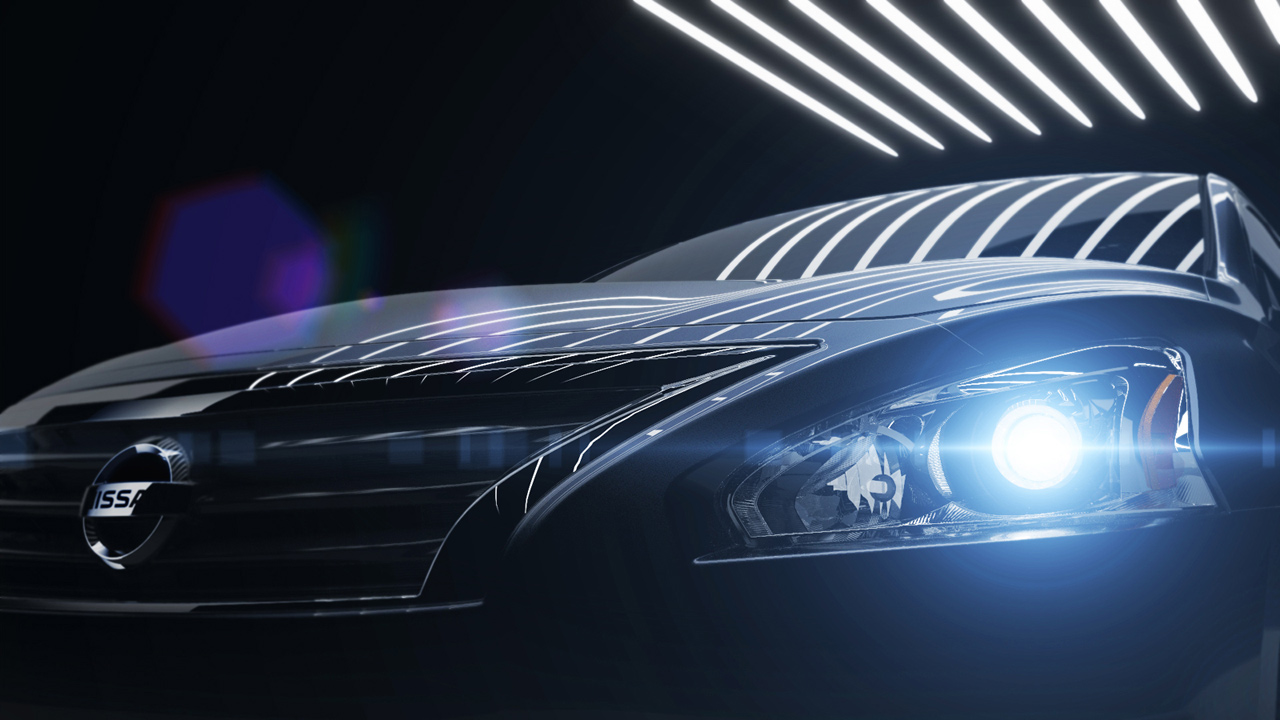 The New York Auto Show’s upcoming presence is ever more felt as manufacturers tease the models they’ll be unveiling there.

In the case of Nissan, that’s where they’ll be showcasing the newest member of their sedan family, the 2013 Altima.

So far there are quite a few images out there and even some “videos” but there’s two things that are clear about the new car.

The first would be that Nissan doesn’t completely understand the concept of what a video is and the other is that the pictures are mostly not revealing.

From what little detail we do get to see, it looks like the new mid-sized sedan will be quite the good looking machine.

It won’t be giving Lamborghini any chills but for a four door option it’s quite the looker. Swooping lines, aggressive light assemblies and large alloys can’t go wrong.

Incidentally, what’s going on underneath is a different story. Nissan promises a new platform, a new hybrid drivetrain featuring a 2.5 liter supercharged four pot and a new interior.

Other normal engines are bound to turn up as well and, later on, we might even see an electric version of the 2013 Nissan Altima spawn.

That’s getting a little bit ahead of ourselves. We expect a couple more teaser shots by next month when the 2013 Nissan Altima actually gets unveiled.

Hopefully, we’ll also get some proper details about its underpinnings by the time the New York Auto Show starts.