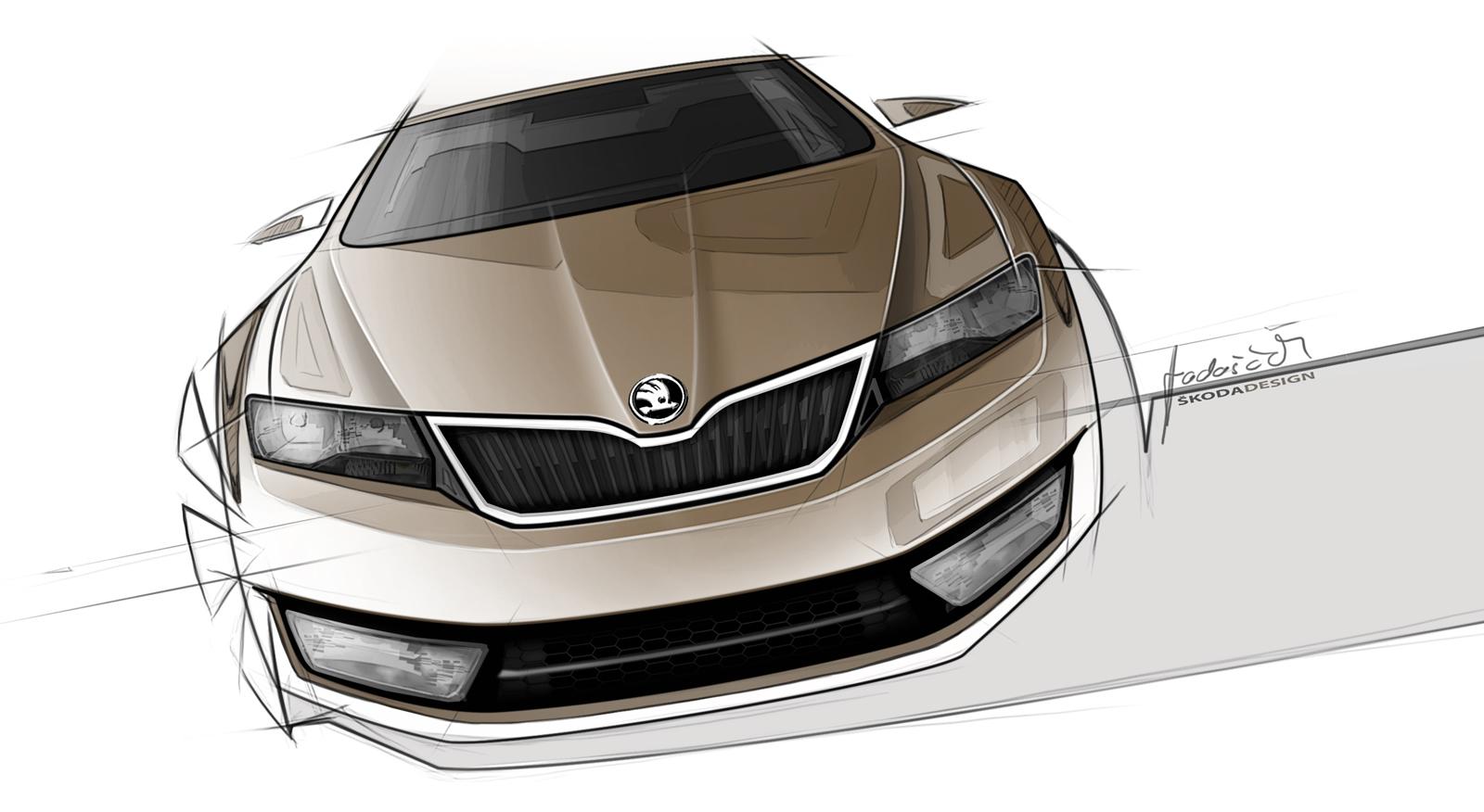 The Czech have finally come out with their production version of the Mission L of the sedan, a new compact four door sedan they call the Rapid.

The final design of the 2013 Skoda Rapid is a sharp looking… gray suit. It may look decently well drawn but it’s still an obvious VAG Group reprint.

After all, a new Audi, some leaked pictures of the 2012 Seat Toledo and now this new Skoda all look alike.

Can we please get somebody at Volkswagen to allow at least some sort of slight redesign that includes other stuff than the headlights and radiator grille.

No surprises in the underpinnings department either as the Skoda Rapid rides on the VW Polo’s platform and is expected to be available with five petrol and two diesel engines.

Skoda didn’t exactly announces what engines these would be but we’re almost completely sure that they’ll be the same powerplants the Polo gets.

Skoda boss Winfried Vahland wasn’t particularly helpful but he did make a point out of telling us it was a car that comes with clever solutions, cutting-edge technology and great fuel economy.

Not that it should keep in line with just about all the new Skodas ever since VW took over. Oh and speaking of which, there’s something else he said.

According to Vahland, the Rapid is the first car to showoff the brand’s new design language. Could it be that all this bashing at Volkswagen is wrongly aimed?

Maybe the new designs aren’t as step down for Audi but a step up for Skoda.