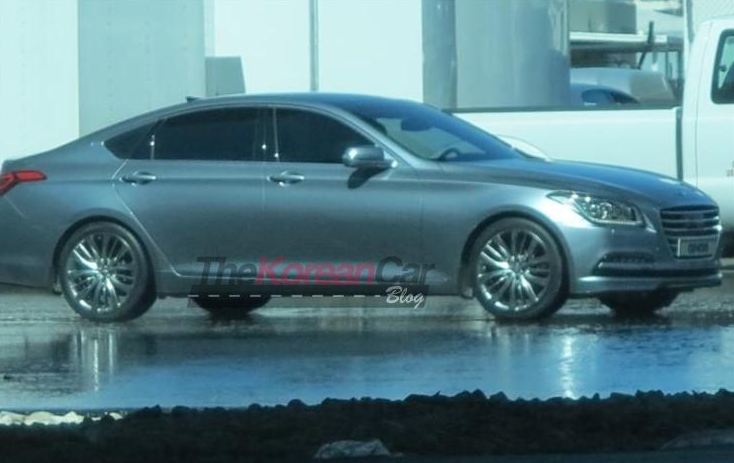 The new Hyundai Genesis made a surprising appearance somewhere in Korea. The next-generation Genesis has been spotted without camouflage before its official debut.

Considering the fact that the prototype was seen during a commercial shooting, we should expect an official debut towards the end of this year.

Power will be offered by a base 3.8-liter V6 engine as well as a more powerful 5.0-liter V8 powerplant. An eight-speed automatic gearbox will send the power to all four wheels thanks to the HTRAC system.

The all-wheel drive system is a premiere for this model and benefits from a torque split system capable to send a precise amount of power to each wheel. More photos and details will be available in the coming months.