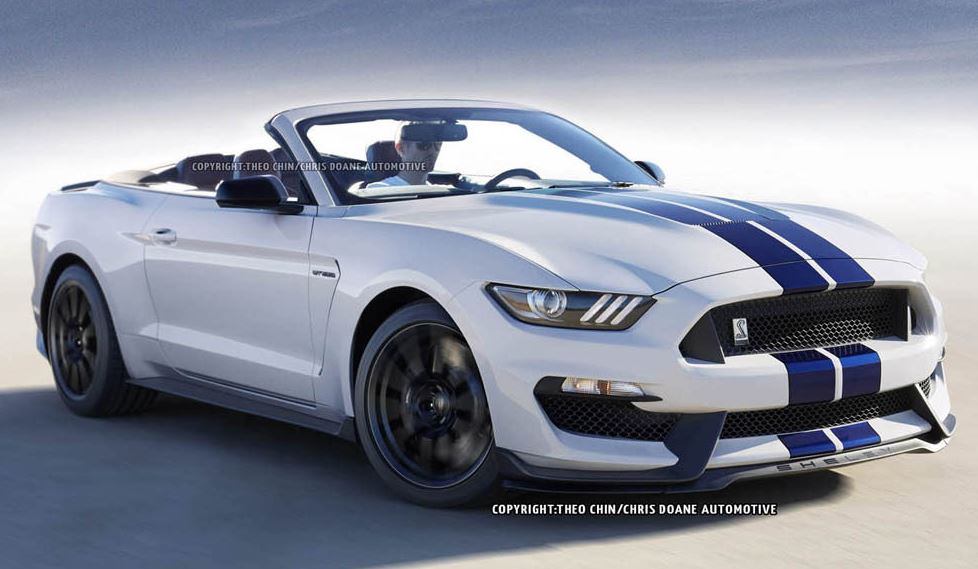 After being official unveiled at the 2014 Los Angeles Auto Show just some time ago, the almighty 2015 Ford Mustang Shelby GT350 is ending up in our news again through some renderings, showcasing the model in a convertible body style.

The two renderings seen below are signed by the famous designer Theophilus Chin, which is used to creating extraordinary ”drawings” with extraordinary sports cars. Unfortunately, the model will never be produced by the Ford carmaker.

As seen in the renderings, the 2015 Ford Mustang Shelby GT350 Convertible is almost identical to its coupe sibling, wearing the 19-inch alloy wheels, all wrapped in Michelin Pilot Spuer Sport tires. The supercar is also fitted with Brembo brakes.

Inside, the interior should sport the same features as the Shelby GT350 Coupe, like Recaro seats, dual-zone climate control, MyTouch Ford infotainment system and other cool gauges.

Moving under the hood, the 2015 Ford Mustang Shelby GT350 Convertible also benefits the coupe`s 5.2-liter V8 unit, developing 500 horsepower and around 400 lb-ft of torque, when hooked to a standard 6-speed manual transmission.