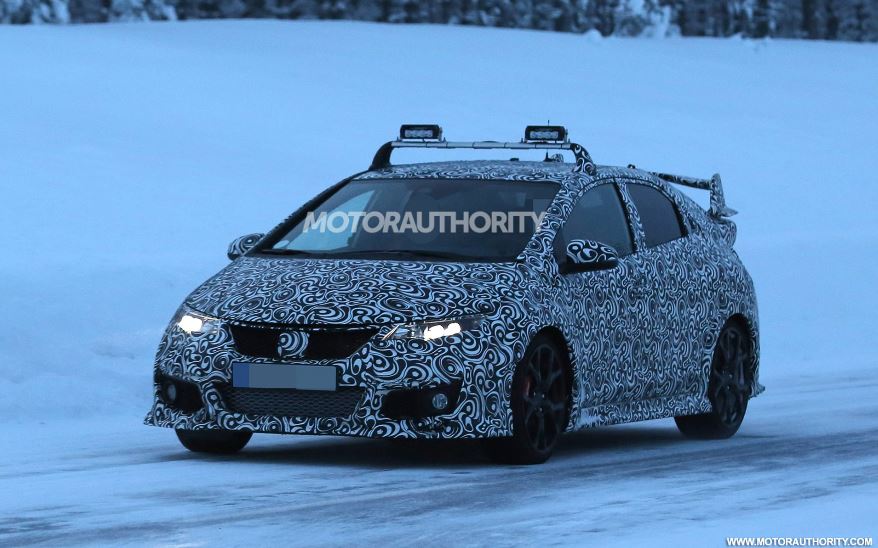 After being long-rumored and debated, the Honda Japanese carmaker has recently confirmed the presence of the 2016 Honda Civic Type R at the 2015 Geneva Motor Show, starting this March, an occasion for the company to also launch a short presentation video with the hot model.

In an official release, Honda representatives have also declared that the new Honda Civic Type R will be the “most extreme Type R ever built,” highlighted by high performance and new body language.

Speaking of the body style, the hot race car will tweak a more aggressive and aerodynamic body kit, with wider diffuser at the rear, complemented by the more outstanding rear wing, large alloy wheels, as well as the four tailpipe exhaust system.

The 2016 Honda Civic Type R will definitely be a hit, as it will come with a high-performance unit under the hood, complemented by the latest technology in terms of power. It means that the 2016 Civic Type R will receive the VTEC variable valve timing, which would be enough for its 2.0-liter four-cylinder to output around 300 horsepower, when hooked to a six-speed manual transmission.

The 2016 Honda Civic Type R will also be a killer, due to the +R model which gives the driver the chance of adjusting the engine power, suspension as well as the steering, when taking tight corners, for instance. More details will be announced at the 2015 Geneva Motor Show, in March 3.