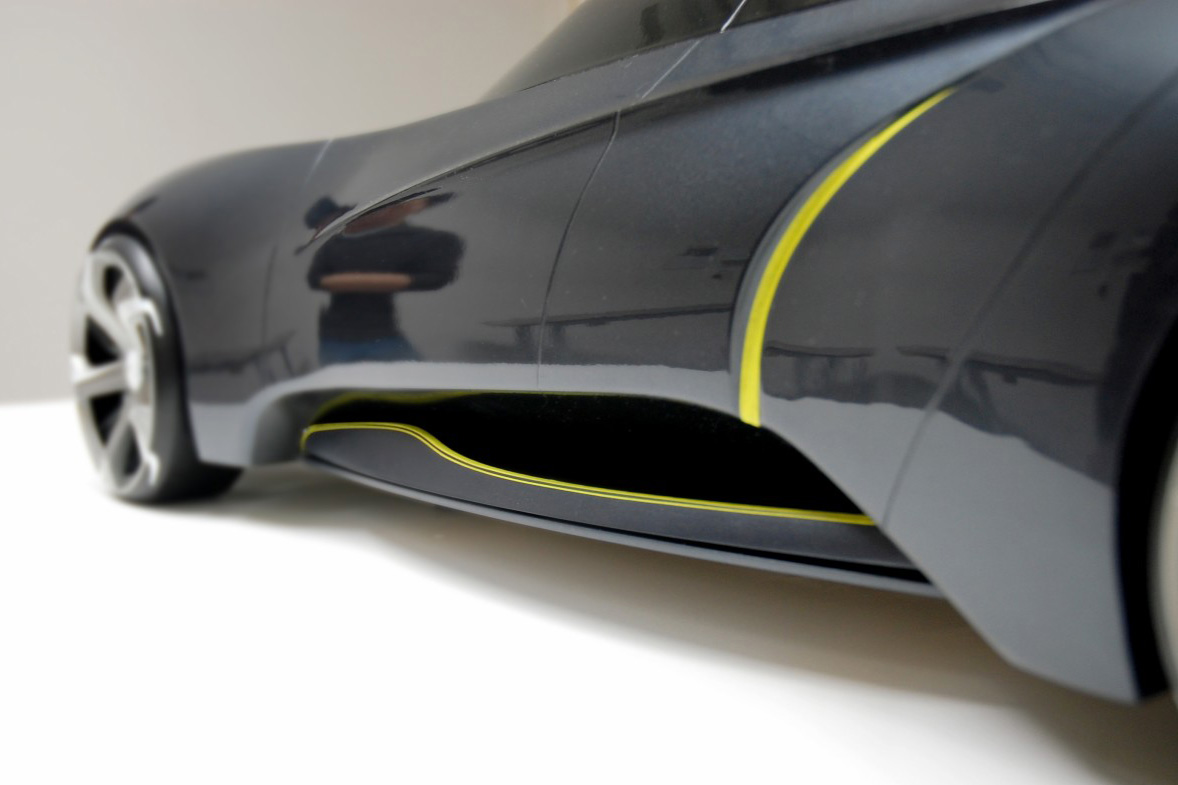 Sometimes, the future isn’t as far away as it seems. Well, at least to a small number of people this applies.

Some of the people included in that small number, are talented in showing us what they see in relation to the future. Only one of them has turned his attention to cars, Saab in particular.

This only one man, is called Youngho Jong and he is a Korean design student. What he created here is what he thinks will be a Saab Sports Sedan sometime in 2025.

Given that 2025 is still far away, the Saab Sports Sedan our Korean came up with is labeled a concept. That and the somewhat controversial ideas within the design.

Saab is still a Swedish brand and will most likely remain the same for 2025 which is way safety is a major concern for the Sports Sedan Concept.

If you look closely at the design of this concept you’ll inevitably notice the yellow and amber accents that appear on it. According to Youngho Jong they are not there because of styling efforts but because of safety.

The design draws inspiration from nature’s way of fighting off predators, aggressive color mixes. Most of the Saab Sports Sedan Concept’s outer skin can change color depending on how close you get to the car.

The change in color is destined to ward off people who tailgate or those who drive to closely to your car.