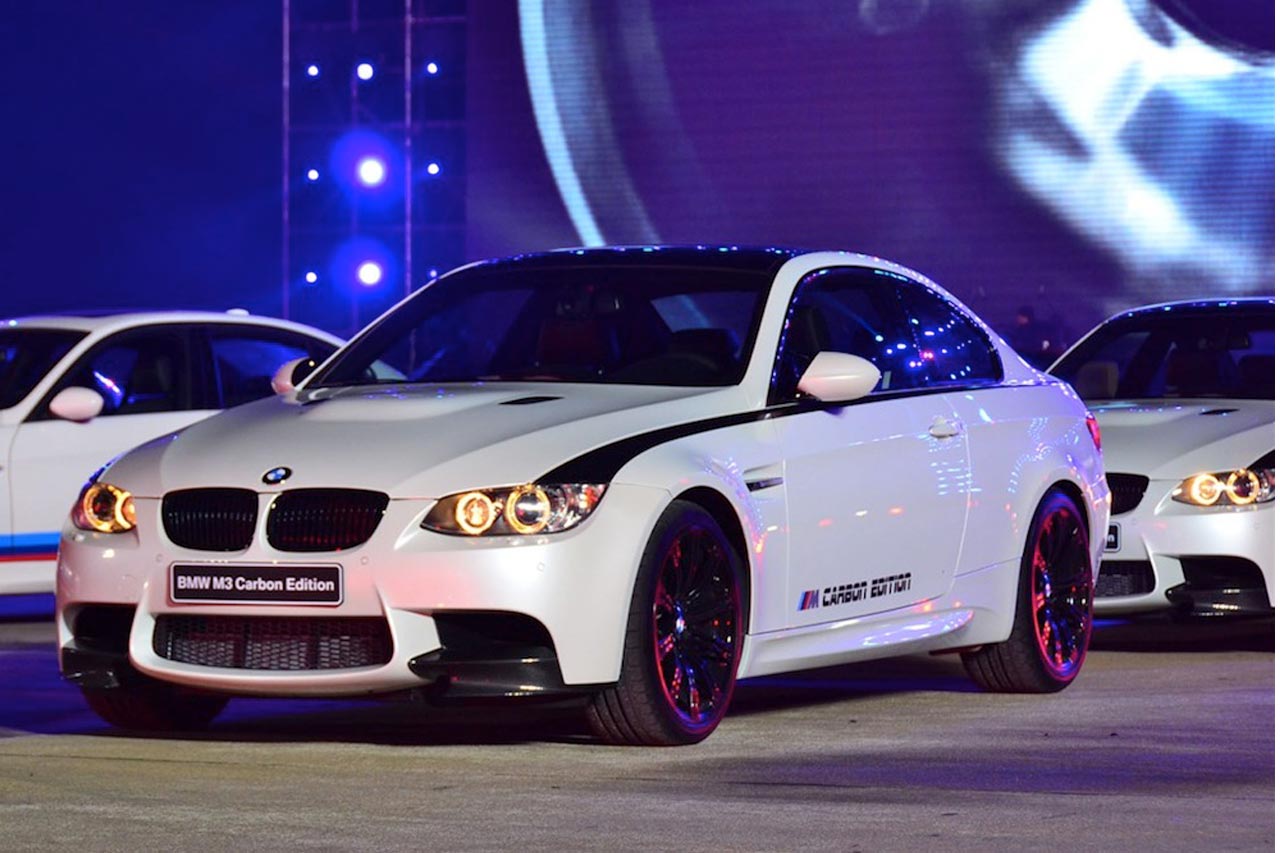 The Chinese must be very appreciative of the BMW M3 and the special editions offered there because courtesy of some interest and demand, the Bavarians came up with a new one.

Called the BMW M3 Carbon Edition, it’s aimed at offering the same joyous sort of M division driving pleasure the regular version has to offer only it’s going to add the rarity factor to the table.

I never perceived the BMW M3 as a very powerful and fast seller but this sort of limited edition tactic is the sort of thing that would be applied by supercar makers such as Lamborghini and Bugatti.

Anyway, the people of China are going to get a chance at enjoying a limited edition BMW M3 that is named after something not really imaginative, especially given the contents of the package.

The Carbon Edition title of this version of the BMW M3 is determined by the roof, the front splitter, the rear wing, the hood vents and quite a lot of the interior finish being made out of the exotic carbon fiber.

Taking care of setting this M3 apart from anything else currently on the market and running around in China is the outer paint scheme.

Laid out on to a basis of white paint, there are accents of a nicely fluent black with the same appearance as the newly added components.

Finishing off the special edition BMW M3 is the set of decals stating just what car you are driving that have been posted on the lower sides of each of the doors.

A little too cocky for what an M powerd BMW should be like but then again, we are talking about an emerging market and the need to clarify that you are one of the really lucky ones.

One of the lucky 111 Chinese citizens who will be eligible of getting the keys to one of Bavaria’s finest products by paying the equivalent of 189.000 dollars.

That is quite the crazy asking price but then again, it is very difficult to stand out in a country of 2 billion where car ownership is actually booming right now.

Not even the 19” Style 220 M3 wheels could make up for no changes being made to the engine, drivetrain or chassis.

Then again, the 4.0 liter V8 developing 420 horsepower and 295 lb-ft of torque mated to a seven speed automatic gearbox and rear wheel drive is quite sufficient.